The BMC has a total of 146 public parking lots across the city, which can accommodate around 30,000 four-wheelers and 4,000 two-wheelers. 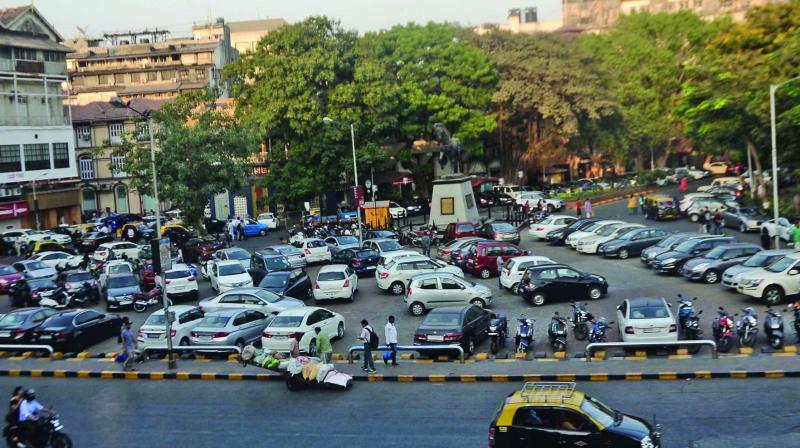 Pardeshi also added that the objective was not only traffic management but also to encourage usage of public transport.

Mumbai: The Brihanmumbai Municipal Corporation (BMC) has decided to impose a fine of upto Rs 10,000 for unauthorised parking from July 7 of two-wheelers, three-wheelers and four-wheelers including trucks and buses. The objective is to encourage people to use public transport, municipal parking lots most of which are lying vacant as vehicles are seen parked on the roads.

The penalty imposed is not only for no-parking areas but also for parking vehicles within a one-kilometre radius of BMC’s parking lots and at junctions where two major roads meet. For this reason the BMC will put new boards and signages for public information. The BMC has a total of 146 public parking lots across the city, which can accommodate around 30,000 four-wheelers and 4,000 two-wheelers.

BMC chief Praveen Pardeshi while passing the order for revised penalties instructed all 24 civic wards to appoint contractors for collecting fine, which would include ex-servicemen for strict implementation. Speaking with The Asian Age Mr Pardeshi said, “It is observed that people argue with the contractors for paying fines. The ex-servicemen can see that the rules are strictly followed.”

Speaking on people’s resistance on paying hefty fines Mr Pardeshi said, “Parking vehicles in unauthorised areas is encroachment. The penalty is not only for unauthorised parking but also for encroachment and using public land. If BMC could demolish poor people's huts as encroachment for widening nullahs, can
we not tow vehicles and fine them for traffic management?”

Mr Pardeshi also added that the objective was not only traffic management but also to
encourage usage of public transport. He also highlighted the fact that BEST bus services is being improvised and encouraged commuters to avail its services.

“People can use their private vehicles but should park them in parking lots provided by the BMC,” said additional municipal commissioner Vijay Singhal.