The health department has already set up boards at such areas of the beach where there is a possibility of people being stung by jellyfish. 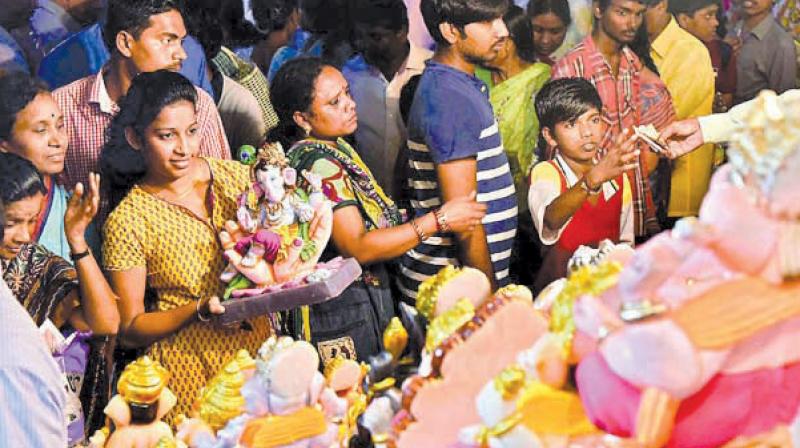 File image of people buying idols for the Ganpati festival.

Mumbai: With the Ganesh festival just round the corner, BMC is gearing up to welcome the elephant god. The preparations include filling up patches on routes leading to immersion sites; setting aside 20 per cent of the imported pothole mix; and deploying 20 fire brigade staffers at the city’s main immersion spots.

With a view to ensuring peace during the 10-day festival, several civic departments including roads, health and fire have come together. Anand Wagralkar, deputy municipal commissioner and official-in-charge, Ganpati festival, said, “We have charted out routes that lead to major immersion sites and civic workers are already filling patches on these routes. The imported pothole mix has also been set aside which will be used during the festival.”

Meanwhile, the health department has already set up boards at such areas of the beach where there is a possibility of people being stung by jellyfish. Padmaja Keskar, executive health officer, said, “We have placed informative boards at prime spots so that people will now be careful during visarjan.”