Trains on the central railway (CR) mainline and harbour were delayed by 15 to 20 minutes because of the rains. 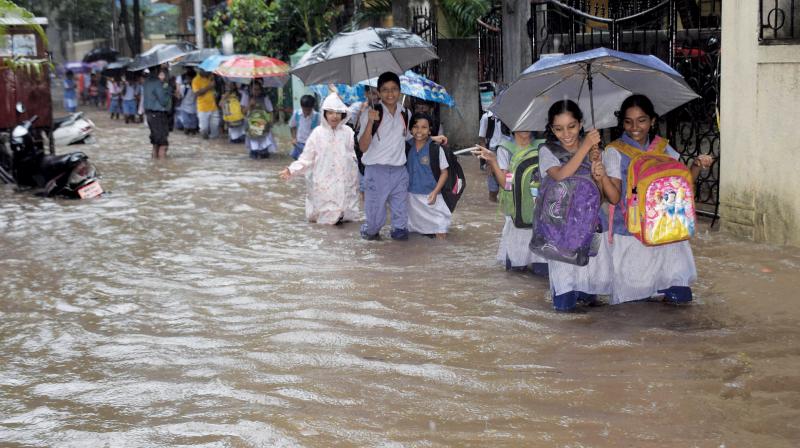 According to the Indian Meteorological Department (IMD), rain and thundershowers will continue till tomorrow in several districts of Maharashtra. Isolated pockets may witness some exceptional rains as well. On August 14, the city had witnessed good rainfall, measuring 54 mm.

A senior IMD officer said, “The weather condition in the city is such that there is a chance of light showers in the next 24 to 48 hours. By next week, there will be an increase in rainfall while temperature is predicted to remain below 30 degree centigrade.” There may be intermittent showers in the city and suburbs, with some places likely to witness a heavy downpour.

Trains on the central railway (CR) mainline and harbour were delayed by 15 to 20 minutes because of the rains. Other than the broken pantograph at Ambernath on Saturday, the CR saw water flooding in areas such as Mulund, Kalwa and Vidyavihar. An official said, “Since water level on the tracks was rising, we immediately sent out a speed restriction of 30 kmph due to which trains were delayed on the mainline while harbour saw a 15 to 20 minute delay in services from morning to afternoon.” Traffic jams were seen across the city, with severe traffic snarls in areas such as Lalbaug, Colaba and Fort.