The suggestions were put forth to the BEST management and committee members in a meeting held at Electric House on Saturday afternoon. 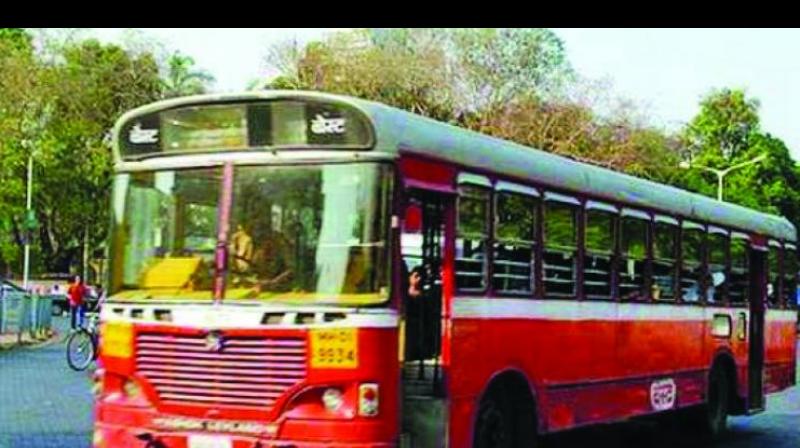 The experts feel that highways will bring more commuters to BEST and 10-seater buses will be appreciated for helping commuters reach home from the highway. (Representational image)

Mumbai: Aiming to improve the punctuality of Brihan-mumbai Electric Supply & Transport (BEST) buses, transport experts have suggested that more buses should be run on important highways like the Eastern Freeway, Western Express Highway and Jogeshwari-Vikhroli-Link-Road (JVLR).

At present, the buses mostly cover city areas, passing through narrow lanes, along with only a few services catering to the highways. The experts feel that highways will bring more commuters to BEST and 10-seater buses will be appreciated for helping commuters reach home from the highway.

The suggestions were put forth to the BEST management and committee members in a meeting held at Electric House on Saturday afternoon.

Transport expert Ashok Datar who was the proponent of the use of highways said, “Currently almost 90 per cent of the Western Express Highway and Eastern Freeway are used by private vehicles while 85 per cent of the JVLR is being used by private vehicles, if we begin to use highways optimally we will automatically improve our punctuality over all.” He further added, “People who live close to the highways can then get down and take the local transport for the last mile connectivity but this will mean that the BEST bus will become their primary travelling option.”

Another expert Sudhir Badami who too was present at the meeting, said, “The suggestions come as we do not see as many buses as we should on these highways and the spaces under the highway bridges can also be used for parking instead of the anti-social elements who have used up that space.”

Vedant Goyal, who studies and works with various transport associations said that the suggestion cannot be taken at face value and a more in-depth approach is needed. “I think they should first try this out, in theory it looks doable but when actually implemented you realise that there are a lot of practical issues.”, he said. He further added, “For example what will this mean for those who get down at Wadala exit of the Eastern Freeway and they want to go to Antop Hill. I don’t think they will have to walk down to another BEST stop where the bus is available.” He further added, “People will again take a taxi to go to Antop Hill defeating the purpose of reducing congestion on the road.”