Cong MLA Nitesh Rane tweeted an image of his father with ‘Narayan Rane is our party’. 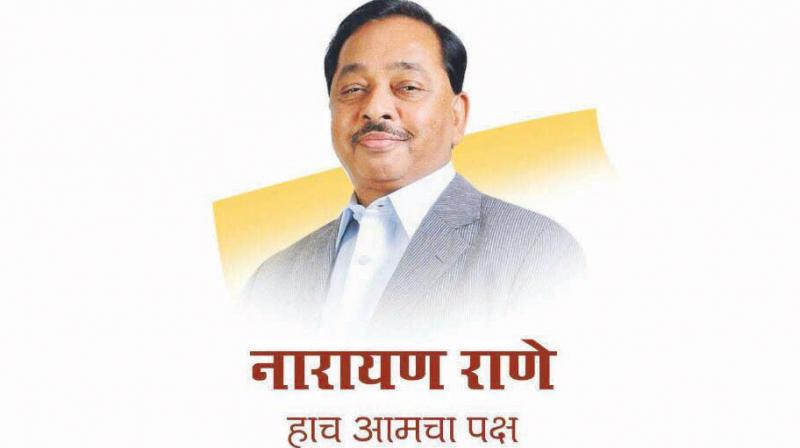 The image tweeted by Nitesh Rane.

Mumbai: Congress MLA Nitesh Rane’s tweet “Narayan Rane is our party” along with Narayan Rane's photo has fuelled speculation that he is also all set to join the BJP along with his father. The reports about Narayan Rane joining BJP were at its peak in the last few days. However, there is no official confirmation from Rane's camp and BJP about the development.

Nitesh is a MLA from Konkan region while his brother Nilesh lost Lok Sabha 2014 from the same region. Senior Rane also lost Assembly polls 2014 from Konkan. He also contested an Assembly by-election from Bandra, which he lost again. Now, he is a member of the legislative council from the party.

The sources in the BJP said that Narayan Rane is keen to join BJP and preliminary talks were held with party president Amit Shah. However, the Congress leader has certain demands while joining the BJP, which have not yet been agreed to, the sources added.

A close aide to Narayan Rane said that the BJP is not giving any reaction on the demands made by him. They should first clarify their stand. The Congress leader cannot join the party like an ordinary worker, the aide said. Senior Congress leader and former minister Narayan Rane met his key supporters in Sindhudurg on Thursday and allegedly told them to be ready to join the Bharatiya Janata Party (BJP) soon, the sources in Congress said.

The Congress, which is already in doldrums, will lose a powerful leader from the state, particularly Konkan. Mr Narayan Rane left the Shiv Sena to join the Congress in 2005. His inclusion in the Congress helped the party strengthen its position in Ratnagiri and Sindhudurg districts of Konkan.