The Supreme Court has given the activists protection till October 26. 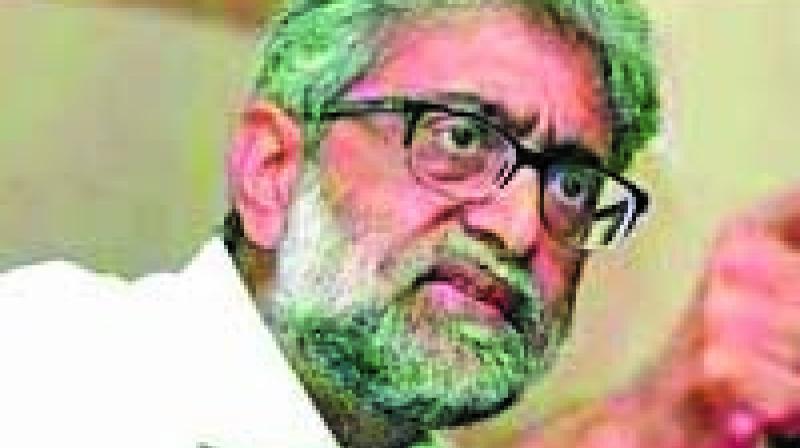 Mumbai: The Bombay high court will hear a petition filed by activists Gautam Navlakha and Anand Teltumbde on October 26 as the Supreme Court has given them protection till October 26. The court also made it clear that the Pune police will not take any coercive action against the duo till next week. The Pune police had booked both Navlakha and Teltumbde in connection with the Bhima-Koregaon violence.

A division bench of Justices R.V. More and Bharti Dangre said that it will hear the petitions filed by Navlakha and Teltumbde, urging the court to quash the case. Additional public prosecutor Aruna Kamat-Pai on Friday told the court that Navlakha had been given protection from arrest till October 26 by a Supreme Court order.

The high court then posted the petitions for hearing on October 26 and said, “No coercive steps shall be taken till the next date of hearing.”

The Pune police had, in August this year, lodged a case against Navlakha and Teltumbde along with prominent Telugu poet Varavara Rao, activists Arun Ferreira and Vernon Gonsalves, and trade union activist Sudha Bharadwaj.

The Pune police claimed that it had seized documents and emails exchanged among the accused that revealed their links with Maoist leaders and also their roles in facilitating the supply of weapons and funds. Teltumbde was not arrested but his house was searched.

Navlakha and Teltumbde moved the Bombay high court this month, seeking quashing of the FIR lodged against them, claiming that there was no evidence and that they were being falsely implicated.