The PM addressed the gathering via video conferencing from Delhi. 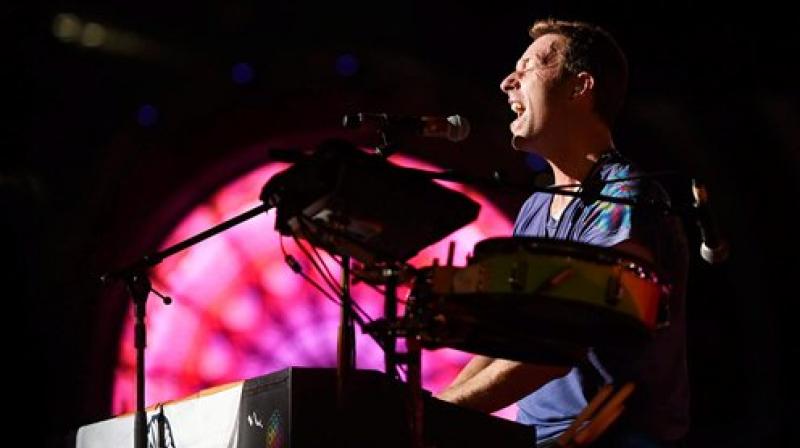 Mumbai: The Global Citizen Festival, which saw a performance by British band Coldplay to “raise awareness”, had the trappings of a mini-BJP event. With Poonam Mahajan at the helm of the affairs, the presence of chief minister Devendra Fadnavis and the Prime Minister Narendra Modi added weight to the event, which was held at Bandra Kurla Complex’s MMRDA ground and attended by approximate 80,000 crore music fans.

The PM addressed the gathering via video conferencing from Delhi. While Ms Mahajan appeared on the stage at least thrice, the CM turned the event into a political rally of sorts by announcing sops worth Rs 20,142 crore. Mr Fadnavis said, “I am proud that Global Citizen has come to Mumbai.”

Mr Modi started his speech saying, “I see you are having a good time and I know that I stand between you and Coldplay. My schedule did not permit me to come in person, but I couldn’t miss out on this as it is happening for the first time in India and hence I am talking to you via video conferencing.”

Mr Modi congratulated Ms Mahajan and said she and her team had worked hard to put all this together. The PM said that his cleanliness drive ‘Swacch Bharat Abhiyan’ is extending its limits by cleaning the other side of the border and by cleaning black money in India. “I am getting your support for the same and I am happy about it.” On a lighter note, Mr Modi said, “You have asked me to address the gathering and not sing or else the audience will be asking for refunds and that too in Rs 100 notes.”

He added, “Artists have often inspired generations and I too have my set of idols like Bob Dylan, Chris Martin, A.R. Rahman and Norah Jones.”

Furthermore, industrialist Ratan Tata pledged a contribution of Rs 300 crore for sanitation in two years. Ms Mahajan said, “We remember the PM’s speech in New York in 2014 at the Global Citizen event and two years later the same event is happening in Mumbai. I am very happy and proud.”

Cricket legend Sachin Tendulkar, who spoke at the event, was greeted by thousands who chanted his name. The man acknowledged as God by many said the match against poverty and sanitation is the one he wants to win now.