8 break into Pu.La.’s house, find nothing except books

Dinesh Thakur, nephew of Pu.La. who takes care of these flats, was in Pune for a conference and got to know about the incident. 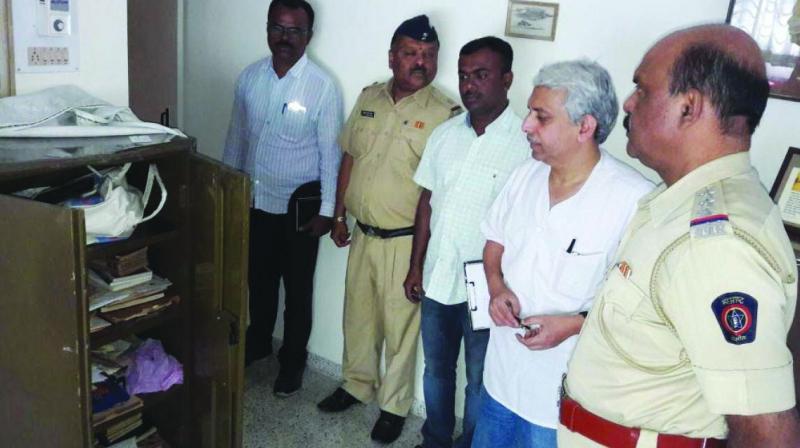 The police at Pu.La. Deshpande’s home in Pune.

Pune: Thieves broke into the Pune home of acclaimed Marathi author-playwright, the late P.L. Deshpande, popularly known by his initials Pu.La. However, they were unable to steal anything as the house contains only books and magazines. The house has remained under lock-and-key since the demise of Pu.La.’s wife, Sunita Deshpande, in 2009. Pu.La. passed away in 2000.

K.S. Sonawane, police sub-inspector, Deccan police station, said, “Mahesh Aras (59), relative of Pu.La., who stays in Mumbai, has lodged a FIR that four flats in Malati Madhav building, Bhandarkar Road, Pune, were broken into at 2am on Monday. The thieves have broken the furniture in the flats. But they could not get anything as the flats only have a few books and magazines written by Pu.La. The flats have remained locked since 2009.”

Dinesh Thakur, nephew of Pu.La. who takes care of these flats, was in Pune for a conference and got to know about the incident. He went over to the flats to check the damage and then spoke to the police. Mr Thakur, who stays in the US, said, “Seven to eight people broke into the house as recorded in the CCTV camera. But they are wearing masks. They tried to see if there were any valuables but they got nothing as the house is full of books and magazines written by Pu.La. There are letters and articles written by him in the house and all these things are precious to us. Four years ago too, somebody tried to break into Pu.La.’s house.”