Will give average scores for lost papers: Mumbai University

The petitions had prayed that in the absence of the answer sheets, MU be directed to give them average marks of the subject they had passed in. 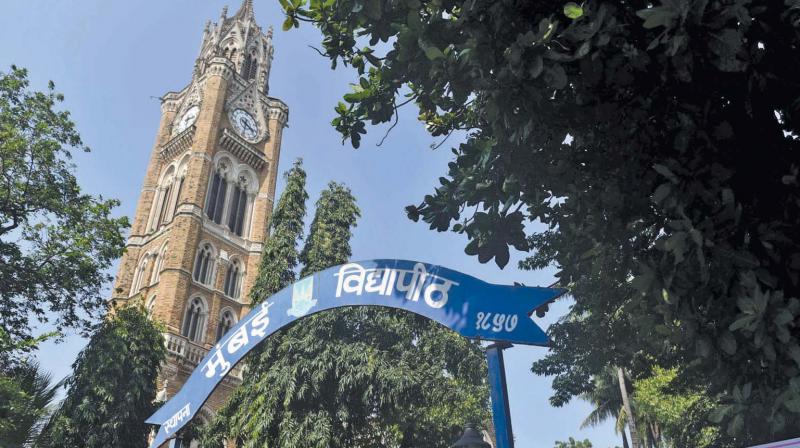 Mumbai: In a major relief to those students of the University of Mumbai (MU), who were unable to get photocopies of their answer sheets, as they were lost by the university, the MU Board of Examination has passed a resolution to give them average marks, considering the subjects they have passed in to declare them pass. The development was told to the Bombay high court, which was hearing petitions of four students, complaining of not getting the photocopies of their answer sheets. Following the submissions, the court disposed off the petitions and the students were declared passed.

A division bench of justices B.R. Gavai and B.P. Colabawalla was hearing a bunch of writ petitions filed by final year students of the law course seeking directions to the university to provide them with photocopies of the answer sheets of one of the four subjects in which they had failed. The petitions had  prayed that in the absence of the answer sheets, MU be directed to give them average marks of the subject they had passed in. Advocate Nisar Shaikh represented the students.

On Tuesday, when the matter came up for hearing, university’s counsel Rui Rodrigues told the court that after its directions the Board of Examination (BoE) had met and passed a resolution to grant average marks to the students and declare them pass.

Tags: university of mumbai, petitions, board of examination