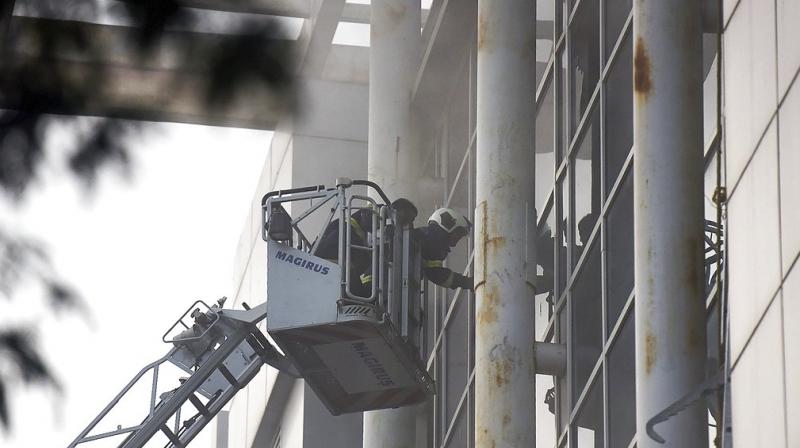 Mumbai: The Shiv Sena claimed on Wednesday that Mumbai witnessed more than 84,000 fire incidents in the last 10 years leading to death of over 600 people. Sena questioned the state administration’s preparedness to handle such mishaps.

“Mumbai’s high-rises and the fire incidents there have become synonymous. In last one year, there have been 10 such fire-related incidents and in the past 10 years, there were over 84,000 blaze mishaps in which more than 600 people lost their lives,” the Marathi publication claimed.

The buildings in Mumbai have become “dormant volcanoes”, the Uddhav Thackeray-led party further said. In case of such incidents in residential buildings, the persons, builders or housing society concerned were held responsible, the Sena said, and asked who was to be then blamed for the fire in the ESIC Hospital on Monday.

Eight people were killed and nearly 176 others injured in the blaze in the government's ESIC (Employees State Insurance Scheme) Kamgar Hospital at Marol in Andheri.

The hospital, which is supposed to save lives, became ‘yamraaj’ (God of death) for patients due to “administrative lapses”, the Sena said in an editorial in party mouthpiece ‘Saamana’.

Meanwhile, Congress’ Maharashtra unit spokes-person Sachin Sawant said the Kamgar Hospital was working without a final no-objection certificate, so the state government and the Centre were equally responsible for the mishap. The contractor used sub-standard equipment, he alleged.

“Also, the hospital was working without an NOC which was supposed to have been monitored by the Maharashtra Indus-trial Development Corpo-ration,” Mr Sawant no-ted. The mishap occurred due to “blatant corruption, negligence and mismanagement,” he said.