BJP is becoming a party of goons, is no different: Shiv Sena

Sena said “According to Amit Shah, former Congress leader N.D. Tiwari’s guidance will help the party in the coming UP elections 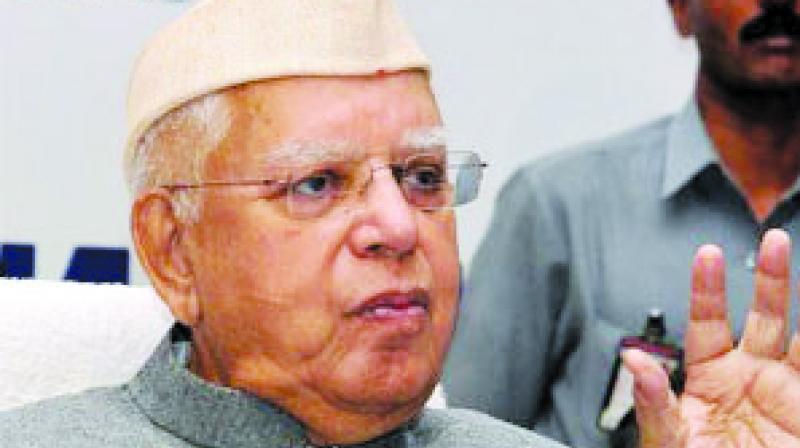 Mumbai: Shiv Sena has once again come down heavily on BJP for inducting criminals into the party. Sena pointed out that while BJP was used to criticising Congress, NCP, Samajwadi Party, and Rashtriya Janata Dal as parties where notorious goons thrived, the way BJP was going lately was no different.

In its party mouthpiece, Saamana, Sena said “According to Amit Shah, former Congress leader N.D. Tiwari’s guidance will help the party in the coming UP elections. But we do not know what kind of guidance Mr Tiwari is going to give BJP as people remember him for the alleged sex scandal at Hyderabad governor’s house.”

About recent inductions into the party in Maharashtra, the editorial said, “Goons who enjoyed the patronage of Ajit Pawar of NCP are now joining BJP. Hence, Mr Pawar has alleged that the BJP is becoming a party of goons. Everyone wants power. But do not go to such levels where you lose your credibility.”

For the past few weeks, BJP has been under fire for opening its doors to the likes of Pawan Pawar, Vitthal Shelar and Shyam Shinde in Pune and Nashik — all of whom have been booked for stringent crimes such as murder and extortion. However, BJP has defended a few of these inductions saying that the wrongdoings of these persons will not be spared just because they have entered the party fold.