BJP wanted 114 seats out of total 227 while Sena was ready to concede only 60 seats to its partner. 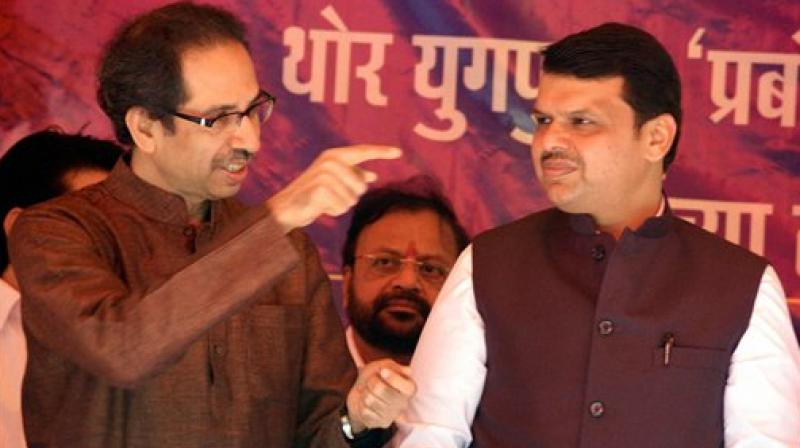 Mumbai: The deadlock over seat-sharing for Mumbai civic elections between the ruling alliance partners in Maharashtra, BJP and Shiv Sena, continued on Saturday even after three rounds of talks.

BJP wanted 114 seats out of total 227 while Sena was ready to concede only 60 seats to its partner. Now the decision on alliance will be taken at the highest level, by Chief Minister Devendra Fadnavis and Shiv Sena president Uddhav Thackeray, the two leaders said.

Uddhav Thackeray had set January 21 as the deadline to wrap up alliance talks for the February 21 polls. Thackeray has already announced that he will make clear his stand on alliance in his address to Shiv Sainiks at Shanmukhanand Hall on January 23, the birth anniversary of the late Sena chief Bal Thackeray.

BJP's Mumbai unit is ready with a list of 512 probable candidates for 227 seats. The list was prepared by an election committee headed by Shelar and comprising 29 members and the committee authorised Shelar to take a decision on the final list, a party source said.

BJP received applications from 2,500 applicants. As many as 1,769 were picked after a scrutiny and the list of 512 was finalised after elaborate discussions, the source said.