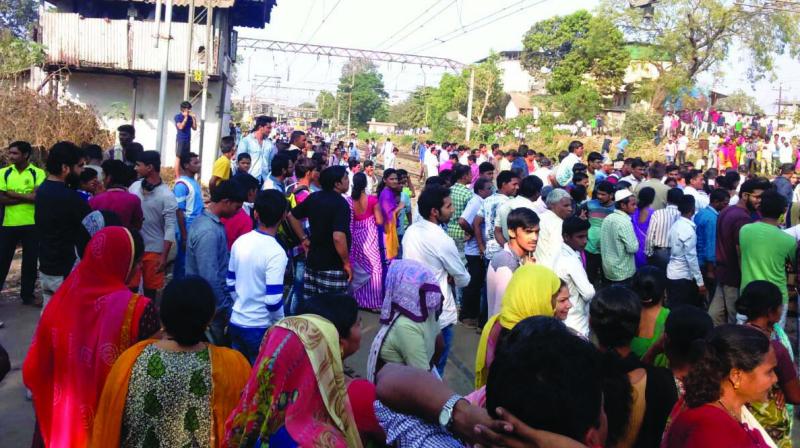 Central Railway services were hit on Thursday due to a rail roko by residents of Titwala. (Photo: Asian Age)

Mumbai: The Central Railway (CR) has launched a hunt to arrest those who had agitated during the rail-roko at Titwala late on Thursday afternoon. The Railway Police Force (RPF) is currently going through the footage shot by its personnel at the station when the mainline services were suspended for more than an hour, leading to a massive hit in terms of delays that were seen later during the evening peak hours.

The RPF has already arrested and handed over around 11 accused in the Badlapur rail roko staged in August of last year, which also caused the transfer of the then divisional railway manager Amitabh Ojha. The RPF is also co-ordinating with the Government Railway Police (GRP) for the identification of these miscreants, as the First Investigation Report (FIR) will finally be lodged by them.

CR senior divisional security commissioner Sachin Bhalode said, “We are already looking into the footage and have been able to identify a few people, but we will work closely with the GRP to make sure that the people who did disrupt services are punished for doing so.” The rail-roko on Thursday at Titwala took place after the residents of shanties located in an area close to Indira Nagar stopped the demolition of their homes by holding the railway services at ransom.