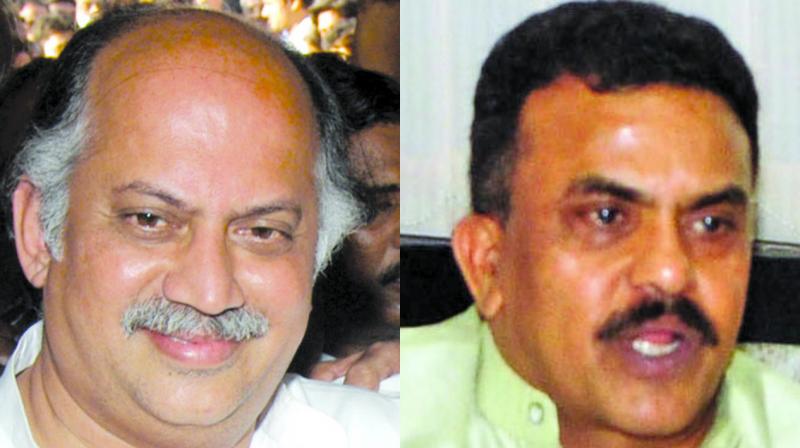 Mumbai: Just before the Brihanmumbai Municipal Commission (BMC) polls, a rift within the Mumbai Congress has once again come to the fore, with AICC general secretary and former MP Gurudas Kamat announcing his withdrawal from the poll campaign. Mr Kamat has directly blamed city party chief Sanjay Nirupam’s ‘negative attitude’ for his withdrawal.

In a message to Congress members, he has said, “All applicants for Mumbai Municipal Corporation tickets are requested to contact their local MLA candidates and district Congress president to get party nominations as I have withdrawn from the entire exercise of selection of candidates and campaigning due to the negative attitude of Sanjay Nirupam.”

The senior leader’s move could deal a big blow to the Congress, which is already suffering from internal strife among several groups in the city. Mr Kamat also has a sizable number of corporators supporting him in the BMC. Mr Nirupam, on his part, said the issue would be sorted out only after the civic polls. “We will discuss the issue after the elections are over. We are now busy with the municipal poll campaign and our main aim is to throw the Shiv Sena-BJP alliance out of the BMC.”

Mr Kamat had created a flutter by resigning from his post of general secretary and also in-charge of Gujarat and Rajasthan. Just a year ago, Devendra Amberkar, who is a staunch Kamat supporter, was unceremoniously sacked as the opposition leader in the BMC and was replaced by Pravin Chheda, who is a confidante of Mr Nirupam.

“The distribution of tickets for the BMC polls was being done without taking the party’s senior leaders into confidence and that has miffed the party activists,” said a corporator from the Kamat group. Denying this, Mr Nirupam said that the candidates would only be selected via a procedure that was put in place according to the directives of party vice-president Rahul Gandhi. “All leaders have signed the document that was handed over to Rahul Gandhi. Candidates will be selected as per the given procedure,” he said.

Internal affairs
This is not the first time that Gurudas Kamat has expressed his displeasure over Sanjay Nirupam’s way of functioning. The appointments of party block presidents made by the city party chief were mired in controversy, with the Kamat group alleging it was done without consulting the ‘loyalists and effective senior leaders’. Mr Kamat had also resigned from the party last year after developing differences with Mr Nirupam.