The alliance was announced by senior Congress leader Narayan Rane and Jeetendra Awhad of NCP on Saturday. 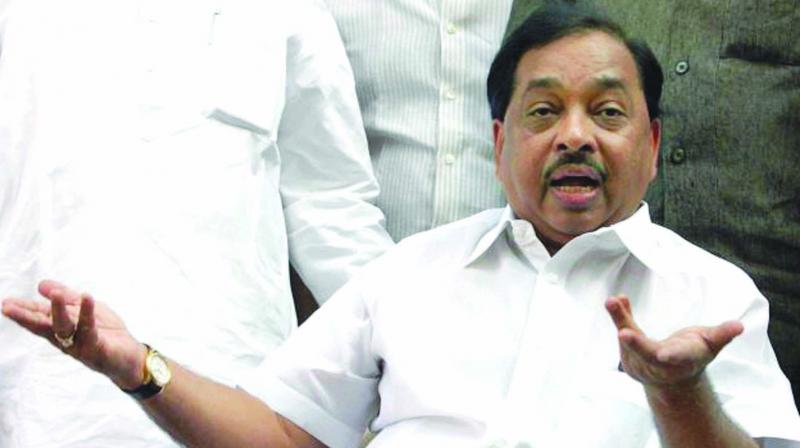 Mumbai: Even as the opposition Congress-NCP failed to join hands for the Mumbai civic polls slated next month, the two parties have agreed for an alliance in neighbouring Thane.

The alliance was announced by senior Congress leader Narayan Rane and Jeetendra Awhad of NCP on Saturday, at a meeting that took place at the former's residence here.

NCP has 34 corporators, while Congress has 34 in the 130-member Thane Municipal Corporation.

Talking to reporters, Rane said NCP was willing to concede seats sought by Congress and that the final decision will be taken after consultation with the party leadership.

He denied any factionalism in the Congress and charged that the "farce" of alliance talks between Sena and BJP was being played out to prove that BJP has an upper hand and prevent a split in the Sena.

Both the alliance partners in the state and in the Mumbai and Thane civic bodies feel that people will vote them back to power irrespective of their conduct, he said, adding that Sena-BJP will not ally for Mumbai civic polls.

The party has already declared its first list of 45 candidates.