Rail stuntmen set themselves on track for disaster

The RPF is trying to trace the group of stuntmen who came up with such a dangerous idea. 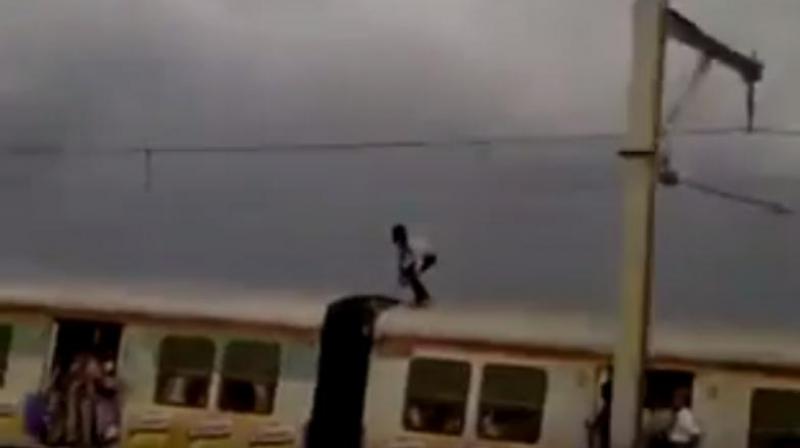 Mumbai: That Bollywood dreams can push people to such lengths is shocking to say the least. It has come to light that aspiring B-town stuntmen, while travelling atop trains, have gone as far as daring each other to touch the 20,000-volt overhead wire to win bets to the tune of Rs 20,000 or so.

Railway Police Force (RPF) sources told this newspaper that a few stuntmen, who were recently caught while performing stunts atop trains, confessed that they had been attempting this unimaginable dare to impress colleagues and friends. “Apparently, these boys, who are as young as 14 years of age, confessed that they were trying to touch the overhead wire as a dare as well as for the Rs 20,000 cash prize if the stunt was attempted successfully. The stuntmen have pooled in the money and have kept the cash out for anyone who dares to attempt the stunt and lives to tell the tale,” said an officer.

The RPF is trying to trace the group of stuntmen who came up with such a dangerous idea but it is proving very difficult to break into their inner circle. “The gang that has come up with the cash prize for the dare is suspected to operate from the Thane-Kalwa-Mumbra area. Currently, we have to get a hold on them without frightening them so it is a very precarious situation,” said the officer.

CR senior divisional security commissioner Sachin Bhalode was tight-lipped about the matter. “We have no confirmation of this news, and are currently only looking into it,” he said. In a bid to discourage such stunts, the City Juvenile Justice Board a few months ago had asked 16-year-old Alamzen Tarif Ajim Khan to serve two months of community service by lending his voice to announcements against these very stunts.