An amount of Rs 58,000 was collected from 116 school vehicles for driving without licenses in Mumbai. 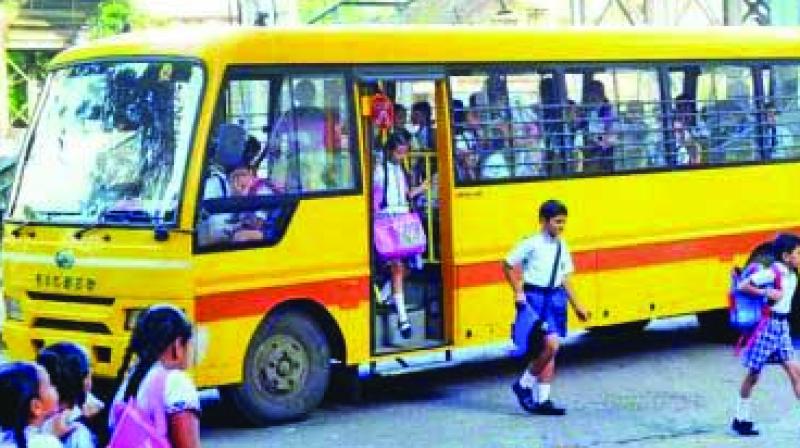 The court was hearing a PIL filed by the Parents-Teachers Association United Forum against the state government. (Representational picture)

Mumbai: In 2019, the Mumbai traffic police has taken action against 17,531 vehicles used to ferry school children for violating traffic rules prescribed under the Motor Vehicles Act. According to the police, action was mainly taken for not possessing licenses, parking the vehicles dangerously, obstructing smooth movement of traffic, using mobile phones while driving and jumping signals.

On Monday, Justice S.C. Dharmadhikari and Justice R.I. Chagala asked additional public prosecutor (APP) Manish Pabale not to file the report without the affidavit. According to the report, 2466 vehicles ferrying school children were charged under section 190(3) of the Motor Vehicles (MV) Act for obstructing free flow of traffic and Rs 493,200 was charged as penalty.

The state government also informed the court that a special road safety drive had been conducted from January 7 to 14 thro-ughout the state wherein action against 833 vehicles ferrying school children had been taken. Among them, 103 auto-rickshaws and 109 two-wheelers were charged for violating rules.

The court was hearing a PIL filed by the Parents-Teachers Association United Forum against the state government.