Beer cans in car, but no tests done. 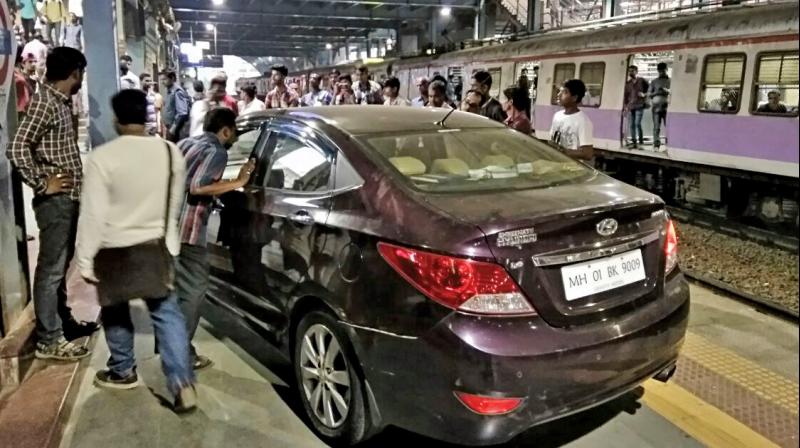 Mumbai: Cricketer Harmeet Singh Baddhan (25), who was once lauded for his left arm spin in the under-19 category, drove his Hyundai Verna on to Andheri’s platform no. 1 at 7.20 am on Monday. Beer cans lay strewn across the car’s floor, but the Railway Police Force (RPF) said the youth did not appear inebriated.

In a clear violation, the railway police force (RPF) while registering Mr Baddhan’s case did not test the cricketer for alcohol consumption despite beer cans lying strewn across the car’s floor. When asked about this, RPF senior inspector K.C. Yadav, who is in charge of the case, said, “There was no need for a medical test because the boy didn’t slur while speaking nor did his breath smell of alcohol.” He added, “He basically didn’t look drunk.”

Mr Baddhan was arrested by the RPF under sections 147, 145 (b), 145 (c), 154 and 159 of its Act, which include trespassing and endangering the lives of other commuters. Finally, the Andheri sessions court, where the cricketer was produced, allowed him to be released after paying Rs 7,000 and another Rs 10,000 for pure bond.

The RPF officers have said they had asked the Western Railway (WR) to put up barricades outside the platform when a similar incident occurred in November last year.

A senior RPF official said, “We had asked them to make the changes when the incident had occurred at Andheri at the same spot the last time. But this has happened once again and luckily no commuter standing on the platform was injured.”

Claiming barricades would be erected at the spot in a week, WR chief public relations officer Ravindra Bhaskar said, “We are also looking into identifying similar spots in Mumbai suburban that can be accessed by vehicles and will put up barricades there in a month.”

Mr Baddhan’s mother Paramjeet has come out in defence of her son, saying a bystander had misdirected him and that he was not at fault. She said, “He just got confused for a second and asked someone where the road to our home was and was given certain directions.”

On November 28, Raj Yadav (36) drove his Innova on to the same platform. Though no one was injured in the incident, a case was registered against him. It was only during his medical test it was revealed that he was suffering from a brain haemorrhage.