We will not let builders destroy Aarey one after the other,” said Prakash Bhoir, a tribal from Aarey Milk Colony. 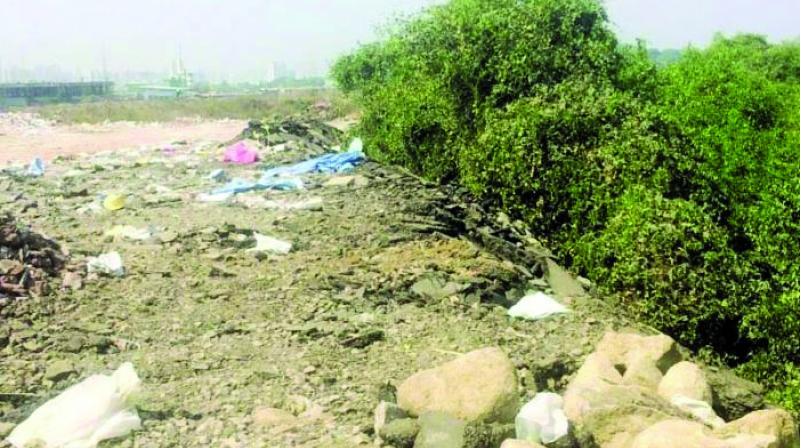 As per the BMC's data, Mumbai generates around 2,000 tonnes of debris and silt.

Mumbai: Environmentalists have raised an alarm over the Supreme Court order allowing new constructions in the Greater Mumbai region, stating that the sites identified for depositing debris may get saturated soon, which could later lead to illegal dumping at the mangrove or wetland areas.

The Supreme Court has lifted the 2016 ban on new constructions in Greater Mumbai for six months on the condition that in the preliminary permissions, the builders have to ensure that the debris generated from the construction work is deposited at sites approved by the Brihanmumbai Municipal Corporation (BMC).

The BMC stated that the civic body has approved all the 10 sites identified by the Maharashtra Chamber of Housing Industry (MCHI) and it will be coming up with more sites for depositing the debris. Environmen-talists have pointed out that two of the sites specified by the MCHI include eco-sensitive areas like Aarey Milk Colony and Kalher village.

The area near the picnic point in Aarey Milk Colony is being used for building the carshed for Metro-3. Tribals from the interiors of Aarey Colony feel that the move to allow depositing of debris in the areas will only help the metro work. “Already the carshed matter is going on in the court; now they are opening eco-sensitive lands for dumping of debris.

We will not let builders destroy Aarey one after the other,” said Prakash Bhoir, a tribal from Aarey Milk Colony.

Vanashakti, an environmental NGO, pointed out that even after the 2016 ban on new constructions in Greater Mumbai, there have been incidents of illegal dumping of debris in wetlands of Kopri in Thane and in Mira-Bhayander mangroves by developers. "After the ban, if the sites gets completely filled, the developers may resort to the mangrove areas.

Now, the BMC is encouraging debris dumping in Aarey Colony. There was no information given to the Supreme Court that Aarey Colony and the coastal wetlands of Kalher are ecological sensitive zones.

The sites should have been the quarrying sites outside Mumbai. Moreover, it has not been informed that Mumbai is among the cities that have the highest share of houses lying vacant, as more than three lakh houses are vacant," said Stalin Dayanand, project director, Vanashakti.

As per the BMC's data, Mumbai generates around 2,000 tonnes of debris and silt.