AI miffed with Delhi cops for ‘inaction’ against Ravindra Gaikwad

Gaikwad, who had hit a 60-year-old Air India staffer, in March was banned by Air India and Federation of Indian Airlines (FAA) for his behaviour. 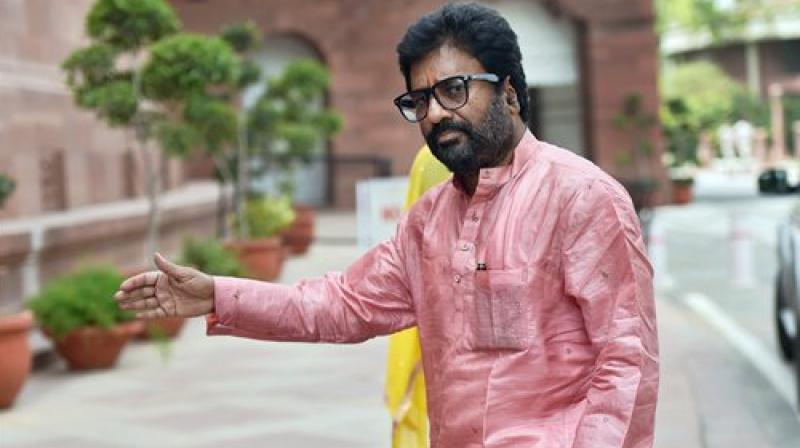 Mumbai: National carrier Air India, which had filed an FIR against Shiv Sena MP Ravindra Gaikwad, seems to be upset with the Delhi police for not taking any action against Gaikwad. Sources said Air India’s Chief Managing Director Ashwani Lohani, on Tuesday, wrote a letter to Delhi police seeking an explanation for not taking the case further.

Airline sources added that the police have been calling airline staff for various formalities, but Gaikwad has not been summoned even once after the FIR was filed. Gaikwad, who had hit a 60-year-old Air India staffer, in March was banned by Air India and Federation of Indian Airlines (FAA) for his behaviour.

The police have CCTV footage from the airline and had also recorded statements of airline officials, but are not taking the case further.

“The police don’t seem to be taking any interest and have not even initiated investigation. They have not even called the MP to record his statement. All this has raised questions on Delhi police’s inaction,” an airline official said.

Though the Air India spokesperson refused to comment on the matter, sources confirmed that Mr. Lohani had written the letter to Delhi police commissioner, but there had been no response to it. In spite of the airline hand-delivering the letter to officials, the police allegedly claim that they have not received any letter from the airline.

Following this incident, Air India came up with rules and penalties to be imposed on unruly passengers. When contacted Dipendra Pathak, PRO of Delhi Police, he refused to comment.