Nearly 34 suspicious vehicles were brought under the scanner, out of which, 20 were found to have a fake paper trail. 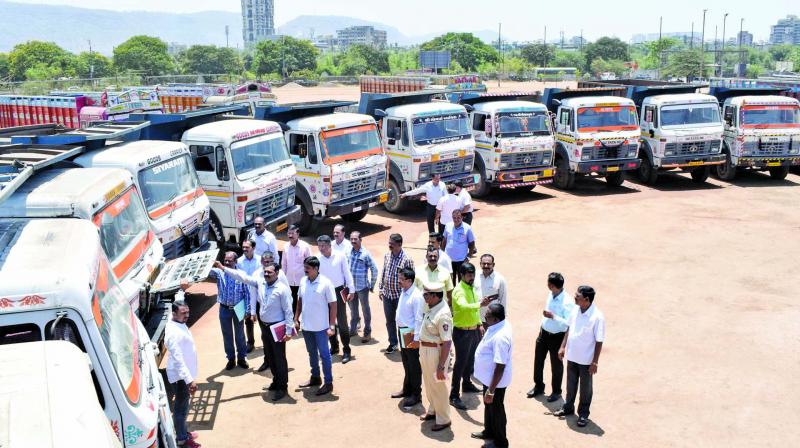 The stolen trucks that are worth Rs 3.25 crore. (Photo: Deepak Kurkunde)

According to police sources, the Nagpur RTO had seized six Tata trucks for alleged rash driving at Bhiwandi. When the RTO officials checked the documents of the six trucks, they were found fake and being used fraudulently. To get to the root of the matter, Thane crime branch unit 2 was roped in, which discovered that the fake document trail went even further to form part of a much bigger racket. Further investigation revealed that the accused, who were caught driving rashly, had stolen these trucks and were wanted for theft in Maharashtra and Gujarat.

Nearly 34 suspicious vehicles were brought under the scanner, out of which, 20 were found to have a fake paper trail. Accordingly, the police laid a trap and arrested 10 persons, including one woman, and seized 20 Tata trucks worth Rs 3.25 crore from them. The police confirmed by checking the chassis number of the trucks, and arrested the accused.

Thane crime branch officials have booked the accused under relevant sections of the Indian Penal Code, which pertain to theft, forgery and common intention.