The G-South ward officials, with the help of the police, took action against encroachments on the lanes. 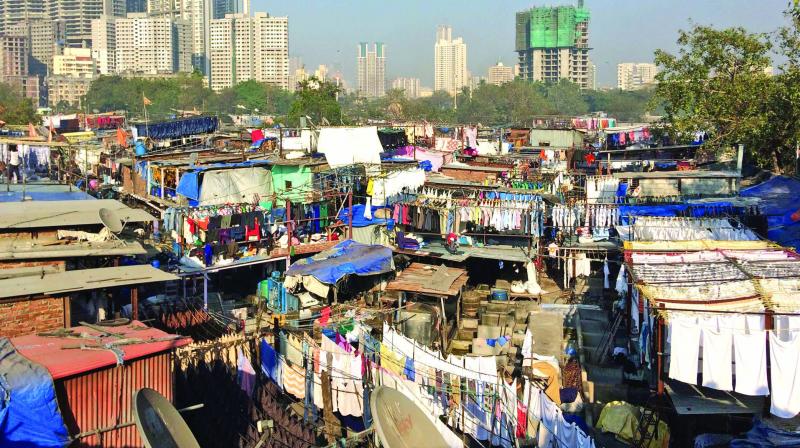 Several narrow lanes had been encroached upon.

Mumbai: The iconic Dhobi Ghat area at Mahalaxmi has been opened up as the Brihanmumbai Municipal Corporation (BMC) demolished encroachments and illegal structures constructed on water basins and lanes there.

According to civic officials, there are several narrow lanes in the Dhobi Ghat area. For last few months, these lanes were encroached upon, whereas illegal constructions had come up at some of the water basins. Due to this, people were facing problems while moving in and out of the.

The G-South ward officials, with the help of the police, took action against encroachments on the lanes. They also demolished illegal sheds constructed at five places in Dhobi Ghat.

“Since the lanes in Dhobi Ghat are too narrow, it was not possible to carry heavy machinery like JCBs and poclain machines inside the area. Hence, the demolition was carried out manually by using traditional tools such as hand-cutters, spades, shovels and hammer. The BMC had deputed 46 workers and personnel for the demolition drive,” said Devendra Jain, assistant commissioner, G-South ward.

Dhobi Ghat, located in the heart of city, was created during the British era. The services offered there include washing, drying, ironing, dyeing and transporting clothes and linen. A part of the new generation has moved away from the traditional business but resides at the same place.