A total of 7,600 skilled and unskilled workers are involved in the underground corridor project. 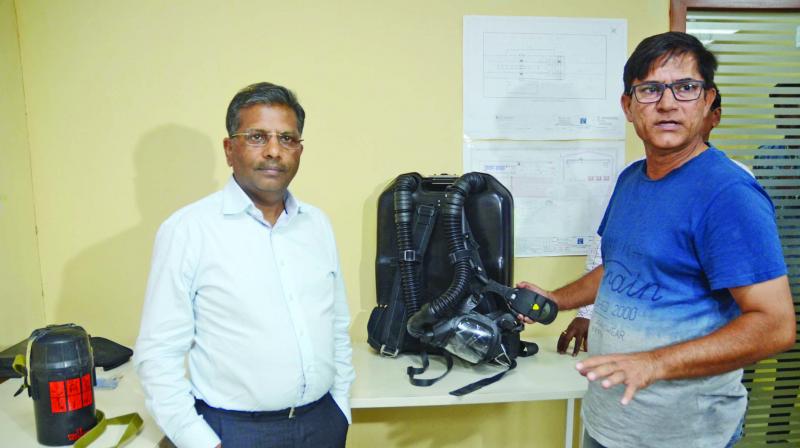 Mumbai: The Mumbai Metro Rail Corporation (MMRC), which is executing the Metro-3 (Colaba-Seepz) project, has claimed that though underground metro construction sites in the city are prone to fire and explosions, all safety measures are in place.

According to the agency, there are 14 underground gases which can cause an explosion when they come into contact with the tunnel boring machine (TBM).

According to MMRC however, a machine continuously monitors these gases to prevent untoward incidents. Further, the agency has explained about the safety apparatus inside the tunnel to tackle emergencies. So far, tunnelling of 1.5km of the 54km of the metro 3 has been completed.

Dwelling on the challenges of working underground, S.K. Gupta, project director, MMRC, on Friday revealed that metroconstruction was prone to external environmental risks such as fire and explosion, rock spillages, heat exposure and toxic fumes.

“Incidents of fire risk are unlikely because we are continuously monitoring the rock pockets. Further, smoke and fire detectors have been installed at every 50m of the distance,” he said.

A total of 7,600 skilled and unskilled workers are involved in the underground corridor project.

According to MMRC, monitoring of oxygen, carbon dioxide and gases with lower explosion capacity such as sulphur is carried out every four hours and the machine alerts the worker in case of any threat. Mr Gupta revealed that self-rescuer breathing apparatus has been provided in case of any fire emergency and fire extinguishers have been installed at every 15m of the length. Other safety provisions underground include: availability of telephones, tunnel lighting, first aid, escape routes and emergency exits.