Mumbai witnesses a spike in abduction of minors 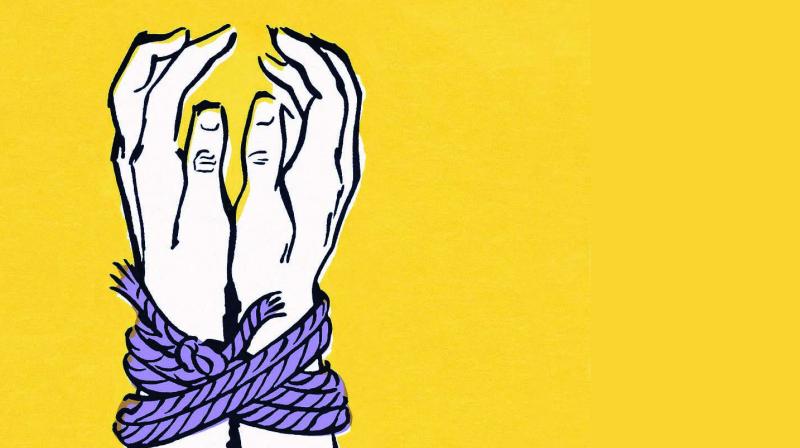 Despite various attempts made by the cops to eliminate these crimes, they continue to haunt the city.

Mumbai: Mumbai is slowly losing its tag of being one of the safest cities in the country, as it has seen a significant increase in the number of kidnapping cases in the last five years.

According to statistics, this year, from January to March, 360 minors were kidnapped from the cit and only 238 were rescued. Despite various attempts made by the cops to eliminate these crimes, they continue to haunt the city.

According to statistics, in the last four years (2013-17), as many as 8,446 minors were kidnapped from Mumbai, out of which, 3,390 were boys and 4,686 were girls. However, according to these statistics, the police were unable to rescue all the minors kidnapped in these four years, resulting in 259 boys and 370 girls still missing.

Data also shows that last year alone, around 1,368 minor girls were kidnapped, of which only 1235 were rescued, while 133 are still reported missing.

Activist Shakeel Ahmed, who procured the information and shared it with the Mumbai police said, “This is a very serious issue and it should be addressed on priority. For all we know, the missing minors can be forced into human trafficking and begging, which is a far worse fate.” 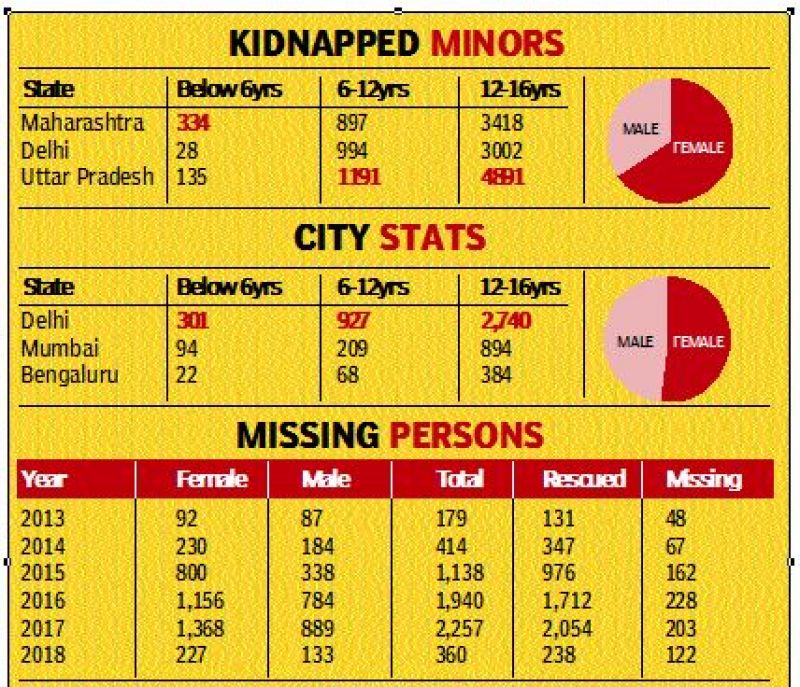 Commenting on the significant spurt in the increasing number of kidnapping cases registered, retired ACP Vasant Dhobale said, “The spike in numbers is due to the Supreme Court order to the police to treat all cases of missing juveniles as kidnappings.

Before the Supreme Court order, the police would register a non-cognisable (NC) complaint or a missing-persons complaint.”

As per the directions issued by the Supreme Court on January 17, 2013, it is being conveyed that in the event of an official missing complaint filed by the parents/guardian of a child below 14 years of age, the said complaint is not to be entered in the Missing Persons complaint book. But it is to be treated and recorded as a case of kidnap and a First Information Report (FIR) is to be filed in the matter immediately.

When asked if any special demarcation should be made to classify the reasons behind a minor going missing, a police officer, on the condition of annonymity said, “It is no possible to make a demarcation as the reason behind a minor’s disappearance can be established only after the minor is located. Hence, the investigation can only be done by registering a case of kidnapping.”

In 2001, two sisters, Renuka Shinde and Seema Gavit, from Kolhapur were sentenced to death for kidnapping 13 children and killing nine of them. Their mother Anjanabai accompanied the two, who would kidnap the kids and push them into begging and killed some of them after they stopped being productive.

In December 2016, two minor boys kidnapped and murdered three-and-a-half-year- old Junera Khan.The minors, who were inspired by the crime-based shows, had kidnapped her to extort money, but later got cold feet and murdered her. The police’sinvestigation ledthem to the accused.