India’s capital should be shifted to London, New York or Paris where Mr Modi will speak. 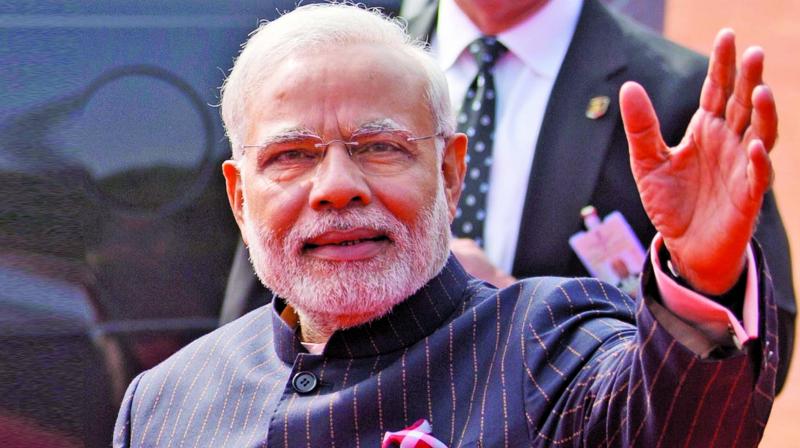 Mumbai: The Shiv Sena on Friday slammed Prime Minister Narendra Modi for remaining silent on social issues in India and reacting on it only when on foreign tour. Taking a dig at the PM, the Sena said that India’s capital should be shifted to London, New York or Paris where Mr Modi will speak. The Sena even questioned why the PM came back empty-handed from London, when both Vijay Mallya and Nirav Modi, who looted Indian banks have settled there.

In its mouthpiece, the Saamana, the Sena said that Modi is “mauni baba” (on silent mode) when in India, who only speaks on foreign soil. “He does not feel like speaking in his own country. He spoke when he was in Sweden. Later, he spoke in London about the things happening in India. So, if we want to see him reacting to the happenings here, then we should shift Indian capital to London, New York, Tokyo or Paris.

The saffron party even asked if talking about sensitive issues in foreign countries was a right stand. “The rape is a shameful thing and why does it need to be discussed in foreign land? It sends a wrong signal across to the world. Last time, the PM had talked about black money in Japan. You might have problem with earlier ruling party Congress but that does not mean that you should speak about problems of India abroad,” the Sena said.

On the PM’s London visit, the Sena reminded that Modi and Mallya, both of who looted Indian banks are living there. “It was the hard earned money by the poor. The PM goes there and returns empty handed. But if we criticise them, then bhakts get upset,” it said.