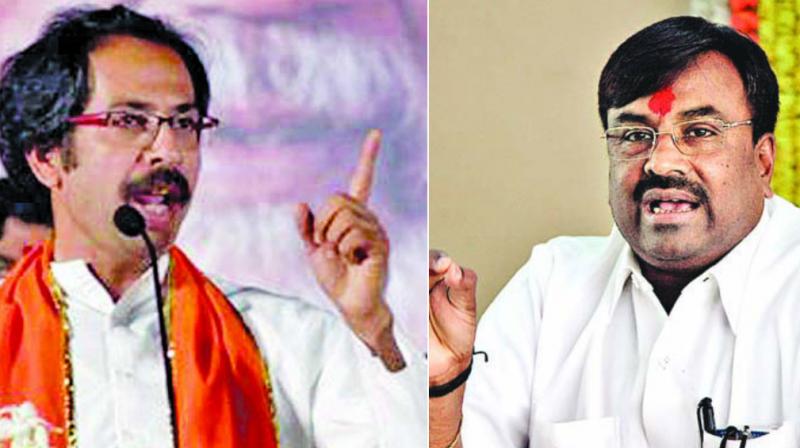 Mumbai: Talks between the Shiv Sena and the Bharatiya Janata Party (BJP) for the 2019 Lok Sabha poll alliance might not take off so easily. Sena chief Uddhav Thackeray seems reluctant to start talks saying that the party has already passed a resolution to go alone for the polls. Finance minister and BJP leader Sudhir Mungantiwar, who has been entrusted with the responsibility to break the ice between both parties, is also taken aback by Sena’s cold shoulder.

When Mr Thackeray, who is on a tour of Maharashtra, was asked about the meeting with Mr Mungantiwar, he said that his party had already passed a resolution to contest the polls separately. The Sena chief also opposed the government’s proposal to hold the monsoon session of the legislature in Nagpur. He said that, as per the agreement, the session should be held in Mumbai.

Sena’s approach towards the alliance has also prompted BJP leaders to go on a “re-consideration” mode. Sources in the party said that despite repeated appeals to the Sena, no positive response has been received. “Our leaders, including chief minister Devendra Fadnavis, have appealed to the Sena on several occasions to have a discussion on the issues. However, desired reply is not coming from the Sena. The Sena seems to be firm on its view to go alone for the polls,” the source said.

Mr Mungantiwar had decided to meet Mr Thackeray at Matoshree on April 16. However, he pulled out at the last minute. Sena sources also said that the political situation has changed drastically in the last four years and it is no more in favour of the BJP.  They also said that the party is not happy with many of the BJP’s decisions.

“Despite our opposition to the Nanar refinery project in Konkan, the BJP went ahead and forged an agreement with a Saudi company. Sena MLAs are also upset over discrimination in sanctioning funds for development work in their respective constituencies. Uddhavji even went to meet the CM but the latter kept him waiting for two hours. In this scenario, it is difficult to start any talks with the BJP,” Sena sources said.