Vivek Oberoi gets notice for meme on Aishwarya Rai Bachchan

The meme was a take on the 2019 Lok Sabha elections, the results of which will be declared Thursday. 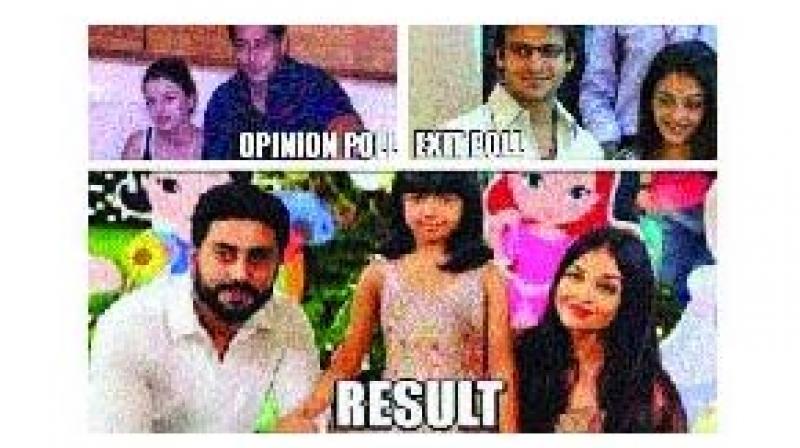 Mr Oberoi, who reportedly dated the actor-former Miss World in early 2000s, posted a meme with three panels, one with him, another with Salman Khan and a third with her husband Abhishek and daughter Aaradhya on Twitter.

The meme was a take on the 2019 Lok Sabha elections, the results of which will be declared Thursday.

Not only has Mr Oberoi earned himself a notice from the SWC but he is also being slammed on social media after sharing the meme equating the exit polls to his past relationship with Aishwarya Rai Bachchan.

Vijaya Rahatkar, chief of the Maharashtra SWC took cognisance of Oberoi’s tweet on the exit polls and a notice was issued to him.

“What he tweeted cannot be considered ‘creative’. He is a responsible actor and we did not expect this behaviour from him. We have taken note of this and we will be sending notice to him,” Rahatkar said.

Oberoi’s post drew a lot of flak from Bollywood celebrities, and he was  heavily trolled by the Twitterati. Bollywood actress Sonam Kapoor, too, reacted to his tweet, calling it “disgusting and classless”.

The NCW (National Commission for Women) also sent a notice to the actor asking him to give an explanation for sharing the “insulting” and “misogynist” tweet.

“This tweet is absolutely disgusting, distasteful, and degrading a women. @NCWIndia will be serving notice to @vivekoberoi,” NCW chairperson Rekha Sharma tweeted.

In their notice, the NCW said the actor should not have carried a minor girl and a woman's picture for a sly reference.

“Film celebrities who support the BJP are crossing a line. The way Vivek Oberoi has tweeted about the exit poll, disrespecting a woman is not right. Women’s commission must take cognisance of this and not stay asleep. When women are treated with such utter disrespect, the public will get angry. If he doesn’t apologise, he will have to face the consequences,” Mr Malik said.