This is not the BEST way to go

Conductor, drivers get only 50 per cent salary, threaten to strike on June 22. 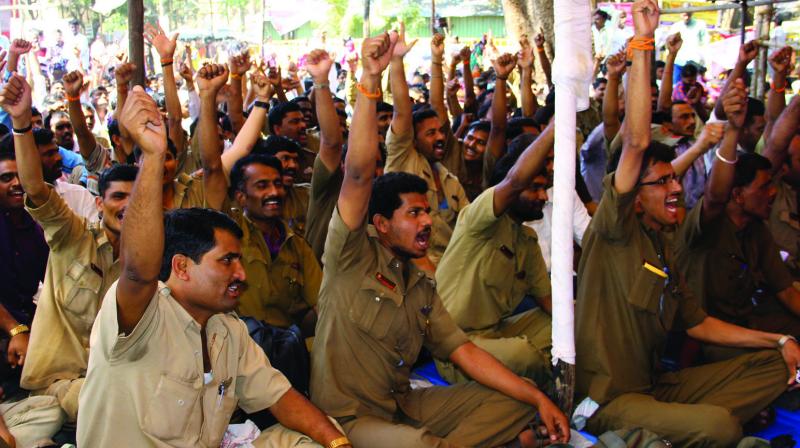 Mumbai: Around 4,600 conductors and drivers of Brihan-mumbai Electric Supply & Transport (BEST) have been paid only 50 per cent of their salaries due to non-availability of funds. Angered by this move, the BEST union plans to go on an indefinite strike from June 22.

The management sent out a notice (a copy of which is available with The Asian Age) to all depots on Monday, announcing the payment of 50 per cent salary.

It also asked employees to submit their Aadhaar details, else they would not receive their salaries at all.

The half salary has lead to an outcry among conductors and drivers. Shashank Rao, leader of the BEST workers union announced the strike decision late on Monday night after holding a emergency meeting earlier in the evening. “Despite the fact that we are the recognised BEST union, forget about discussing the decision, the management did not even give us a courtesy call informing us about slashing the salary by half,” said Mr Rao.

“Many of the workers have approached the union in panic as June is the month when children’s school fees need to be deposited, so that the child can resume school after the summer vacation. Many workers borrow money to pay their children’s school fees, so this decision has left them angry and desperate. That is why we have decided to go on strike from June 22 midnight,” he said.

BEST’s public relations officer, Hanumant Gophane said, “The 50 percent salaries are due to the non-availability of funds. Currently, we are not sure when the remaining part of salary will be given because of the severe cash crunch.”

The BEST has already been on the radar for delaying salaries till the 20th of each month, from February this year.

The Industrial Court under which BEST falls, had directed it to pay salaries latest by the 20th of the each month.