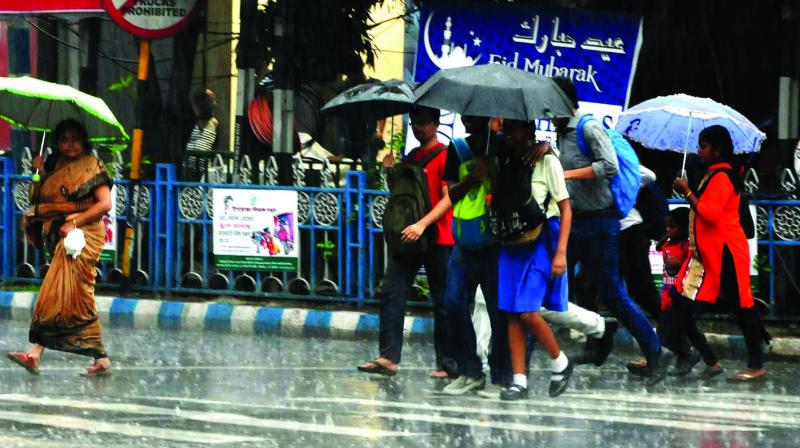 People cross a road during heavy showers in the city on Wednesday. (Photo:Asian Age)

Kolkata: Sharp showers, accompanied by thunderstorms, led to a drop in day temperatures by a few notches on Wednesday in Kolkata and parts of South Bengal, providing much-needed relief from sweltering heat and discomfort.

The metropolis, which recorded the day’s maximum temperature at 36.1 degree Celsius, received 18 mm rainfall till 5.30 pm, the Met department said.

A spokesperson at Airports Authority of India said flight services were temporarily disrupted this morning.

Two Kolkata-bound flights were diverted to Bhubaneswar due to the inclement weather condition, he said.

The departure of a Nagpur-bound flight from the city was also delayed by over two hours, the spokesperson added.

The weatherman has predicted cloudy sky with one or two spells of rain or thundershowers in Kolkata and other districts in Gangetic West Bengal over the next two days.