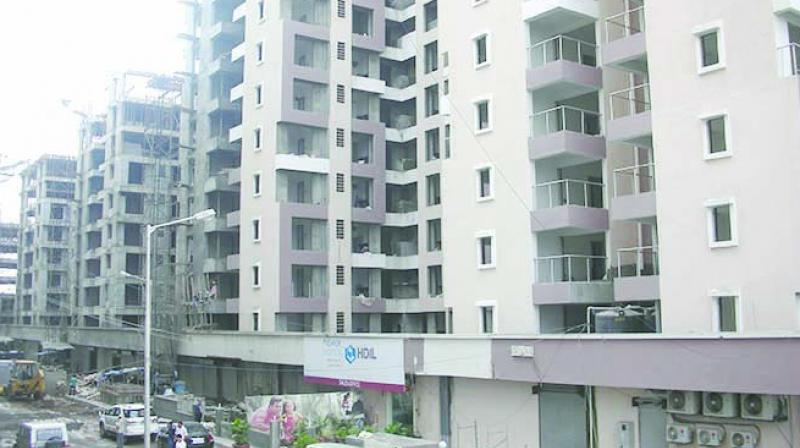 The notice has been slapped on the on-sale building of the developer.

Mumbai: The Slum Rehabilitation Authority (SRA) has slapped a ‘stop work’ notice on project of Housing Development and Infrastructure Limited (HDIL) in Kurla (west). The notice has been slapped on the on-sale building of the developer due to failure in paying the deferment penalty to the SRA. Four cheques amounting to Rs 15.84 crores have bounced, revealed an RTI inquiry made by activist Anil Galgali. In total, the HDIL was supposed to pay Rs 61 crore to the SRA as penalty due to alleged negligence in seeking permissions.

“When the developer undertakes an SRA project, he gets a certain land area in return where he can construct structures which he can sell privately. But even his private construction needs certain permissions to be fulfilled, which he failed to procure. Post this, CEO of SRA, Vishwas Patil regularised the construction by demanding deferment payment of Rs 61 crore which HDIL was paying in instalments,” said Mr Galgali. Thus, the four cheques were the third instalment, which got bounced in June. On July 10, the SRA executive engineer took the issue and slapped a ‘stop work’ notice on HDIL, revealed the RTI inquiry.

Meanwhile, Mr Galgali has demanded for CM Devendra Fadnavis to register a case against HDIL for cheque bouncing and to black list the involved architect, Indrajeet S Deshmukh. Also, an inquiry against the CEO has been demanded. The Asian Age tried contacting HDIL to get their version of the story, but they remained unavailable.

The Mhada, in the information provided to Mr Galgali, mentioned that Patil had approved the deferment in HDIL’s premier project on September 23, 2016. The audit officer, in a letter dated June 22, 2017 demanded the outstanding payment with 18 per cent interest and directed the executive engineer to recover the same.