Activists have highlighted the need to change mindsets of people around the celebration of festivals. 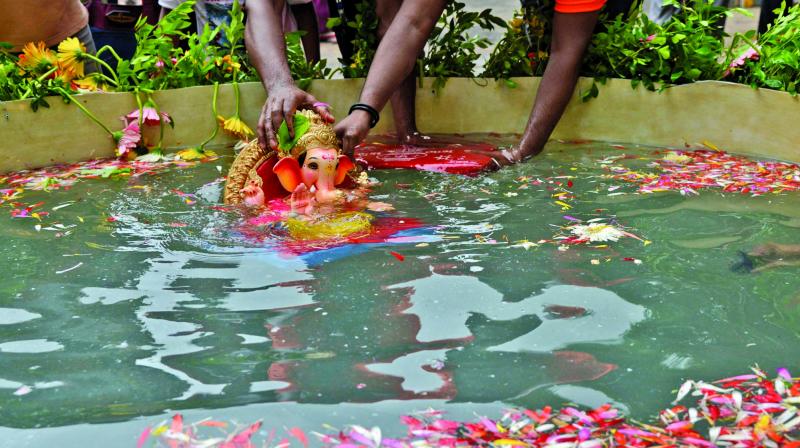 Mumbai: As many as 600 idols were immersed in the artificial pond created next to the Dahisar river in the Sanjay Gandhi National Park (SGNP) in the last four visarjans. The Brihanmumbai Municipal Corporation (BMC), the forest department and a citizens’ group called River March, introduced the pond in SGNP this year to prevent immersion of idols in the Dahisar river as it affects the river’s natural ecosystem.

A 15x10 metres artificial pool with a depth of eight feet was created for devotees to immerse the idols adjacent to the Dahisar river in the national park. Officials believe the initiative has received a good response.

Activists have highlighted the need to change mindsets of people around the celebration of festivals. “The number of idols that were immersed in the artificial pond was way above our expectation. People are much more sensitive to the environment during festivals,” said Ramakant Biradar, assistant municipal commissioner, R-central ward. As per the BMC estimation, every year around 3,000 idols, both small and big ones are immersed in the Dahisar river at SGNP.