Residents have claimed that being the environment body, CIDCO must look into the matter of mangrove destruction. 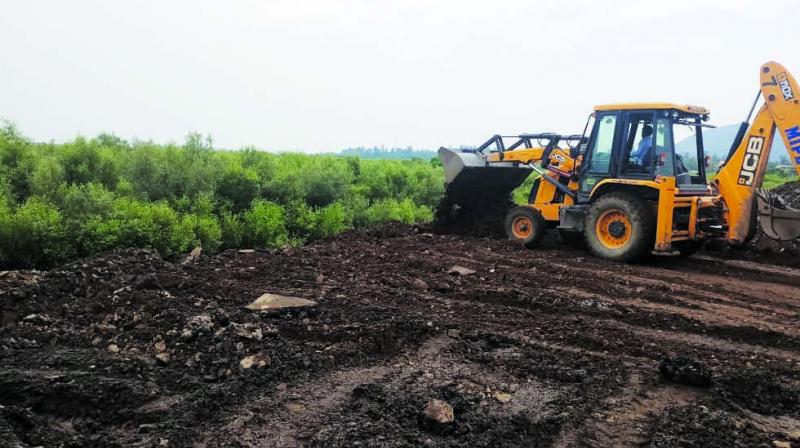 Debris is being dumped in mangroves at Seva village.

Mumbai: Only three days after the high court order on the protection of mangroves, residents of Uran have alleged reclamation within 50 metres of mangroves in the Telipada area of Uran. Fishermen at Telipada stated that since last week, debris is being dumped in the mangroves at Seva village of Uran district.

While the fishermen have alleged that the City and Industrial Development Corporation of Maharashtra (CIDCO) is carrying out reclamation work near the mangroves to give way for holding pond at the site, the statutory body has denied allegations.

Fishermen’s group, Shree Ekvira Aai Pratishthan (SEAP) has written to the Konkan commissioner and forest department regarding violation of the latest high court order at the mangrove site.

“Fresh Reclamation is happening on mangroves and on wetlands (creek) by dumping mud and soil. You are requested to immediately stop reclamation and seize JCB machine involved in this illegal activity,” read the letter.

“It’s a systematic approach on the part of CIDCO to grab our fishing land in the name of holding ponds. It has been done before too. They call it a flood control mechanism, but it is done by blocking of tidal flow, which will kill mangroves. This is only a way to grab fishing land for various projects proponents,” said Nandkumar Pawar, head of SEAP.

However, CIDCO has maintained that no work was carried out at the site. “We have not done any work at the site. The holding ponds have been at the spot since years, and we are not doing any work or alteration there,” said Pramod Patil, CIDCO environment officer.

Meanwhile, residents have claimed that being the environment body, CIDCO must look into the matter of mangrove destruction.

“The JCBs that are used for the dumping belongs to the contractor that has been hired by the CIDCO. And if the CIDCO is not doing the work, they can stop the destruction being the authority for saving mangroves,” said Dipak Koli, fisherman from Uran.