Vallabh said that the economy was in a mess due to two decisions of the government. 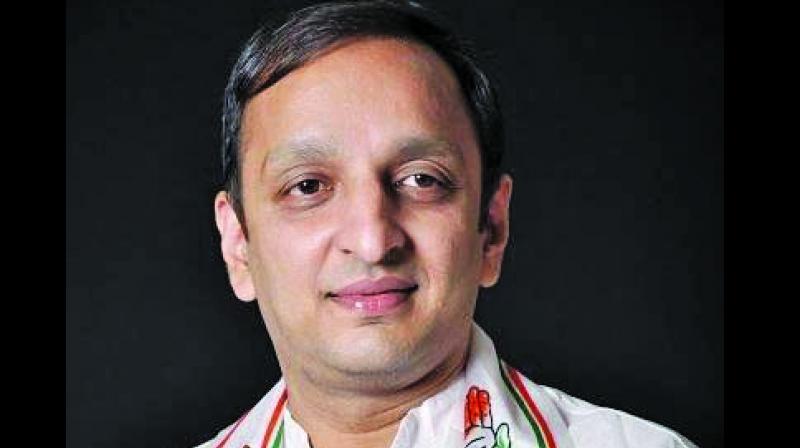 Mumbai: The Congress on Friday slammed the BJP-led government over the ongoing recession. AICC spokesperson Gaurav Vallabh in Mumbai demanded a white paper on the entire economy and that financial emergency be declared in the country.

Mr Vallabh said that the economy was in a mess due to two decisions of the government i.e. demonetisation and flawed implementation of the GST. Meanwhile, Congress general secretary and spokesperson Sachin Sawant criticised the BJP for raising the issue of abrogation of Article 370 and said that elections would be held in Maharashtra and not in Jammu and Kashmir.

While addressing a press conference Friday, Mr Vallabh said that nominal GDP growth was at a 15 year low, investor sentiments were in doldrums, and gross fixed capital formation just 4 per cent.

He claimed, “Rural India is also in terrible shape. Farmers are not getting adequate prices and rural incomes have declined. The low inflation rate that the government likes to showcase comes at the cost of our farmers and their incomes”.

Mr Vallabh alleged that car sales had dipped 32 per cent and more than 3,50,000 employees had lost their jobs in the automobile sector in the last two months. While hundreds of automobile show rooms had closed down operations. He said there would similarly be large-scale job losses in the informal sector, hurting a majority of vulnerable workers. In the corporate sector, too, retrenchments were taking place.

Meanwhile, Mr Sawant said that the BJP-Shiv Sena government’s claim that they had given the biggest loan waiver worth `34,000 crore to 89 lakh farmers had proved to be false, as till da-te, more than 50 per cent farmers were yet to receive the benefits under scheme.

“The scheme, which was hailed to be a new lifeline for the farmers of the state has completely flopped,” he said.