Hamid Karzai was here to attend the ceremony of the Mother Teresa Memorial International Award for social justice. 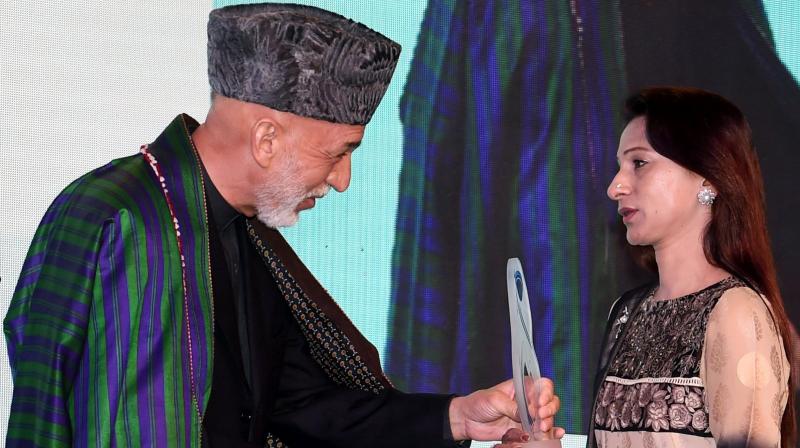 Mumbai: Former President of Afghanistan Hamid Karzai has expressed concern over Pakistan-sponsored terrorism, saying that India’s surgical strike in Pak-occupied Kashmir (Pok) was a much-awaited step that his country had been demanding for a long time. He also said United States President-elect Donald Trump needs to work with all sections of society, including Muslims, so that terrorism can be fought effectively worldwide.

Mr Karzai was here to attend the ceremony of the Mother Teresa Memorial International Award for social justice. He spoke on various issues including China’s involvement in the Gwadar port and its impact on geo-political equations and cross-border terrorism. “Afghanistan and India are victims of extremism and terrorism. The surgical strike by India was a move to eliminate terror sanctuaries, for which my county was wishing for a long time. Though it was a surgical strike, the Indian army had done the right thing,” said Mr Karzai.

When asked how China’s investment in the China-Pakistan Economic Corridor (CPEC), which passes through PoK, and its involvement in Gwadar port in Pakistan would affect geo-political equations on the region, Mr Karzai said, “We have good relations with China and it has also invested in Afghanistan. Both India and China are lending full cooperation to my country, and we hope China will not support Pakistan-sponsored terrorism and, instead, focus on development.”

“Gwadar is an economic project and, as far as it’s concerned, we all appreciate it. But, since Pakistan is using extremist force in our region, we feel that this project should not be in support of promoting extremism.” He added that his country would support the gas pipeline project between India and Iran.

Replying to a question on how Mr Trump’s regime would affect this region, Mr Karzai said, “We have a deep association with the US and we have been fighting against terrorism and extremism. However, we find more radical and extremist elements carrying out violent activities. Therefore, we hope that the US will continue concentrating on stopping terror sanctuaries and those who support them.”

He also suggested that Mr Trump deal with Pakistan with an iron hand when it comes to terrorism sponsored on its soil.

To a question on whether or not he thought the Trump government would be hard on Muslims, Mr Karzai said, “We do not hope so. Rather we hope that he will work with Muslims as well as all sections of society to keep harmony and peace.”