Mangoes from Malawi arrive in city

The king of fruits has arrived in the city two months ahead of schedule. 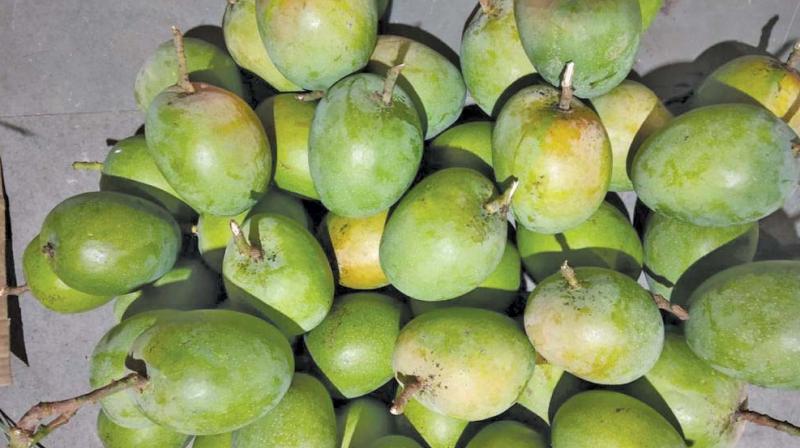 Mumbai: The king of fruits has arrived in the city two months ahead of schedule.

Typically, mango season begins in January every year and Indian varieties are not available prior to that month.

However, Malawi mangoes, which are similar to Alphonso mangoes in terms of taste, will be available at South Mumbai’s Mahatma Phule Fruit Market — more commonly known as Crawford Mark-et — this week for about Rs 2,500-2,800 a dozen, said traders.

Meanwhile, traders at Crawford Market were surprised to receive a couple of boxes of Alphonso mangoes about three months ahead of the expected time. Though agricultural exper-ts said this is not unheard of, they raised questions as to whether chemical-based techniques had been used to artificially ripen them.

According to traders, Malawi mangoes are in high demand and, at the same time, they’re expected to eat into the market for Alphonso mangoes from the Konkan.

He also said, “This mango is taking the place of the Alphonso mango, which is our state’s fruit. What sets these mangoes apart is that they arrive before the mango season starts and look, taste and smell exactly like our Alphonsos.”

While this is the off season for mangoes in India, insignificant quantities of local varieties of mangoes are available in some markets such as Ratnagiri Alphonsos, which were sold at Rs 2,000 a dozen a few weeks ago in the city. Malawi mangoes will be available in bulk as about 150 tonnes are likely to be imported this year.

Speaking about the early consignment of Alphonso mangoes, Mr Karale said, “Alphonso mangoes have never been received so early. Our regular supplier from Ratnagiri sent it, and they put on sale for a sum of Rs 2,000 per dozen.”

The trader said mangoes usually start arriving from the first week of February.