HC says there is no dispute that temples were built by encroaching upon MIDC land. 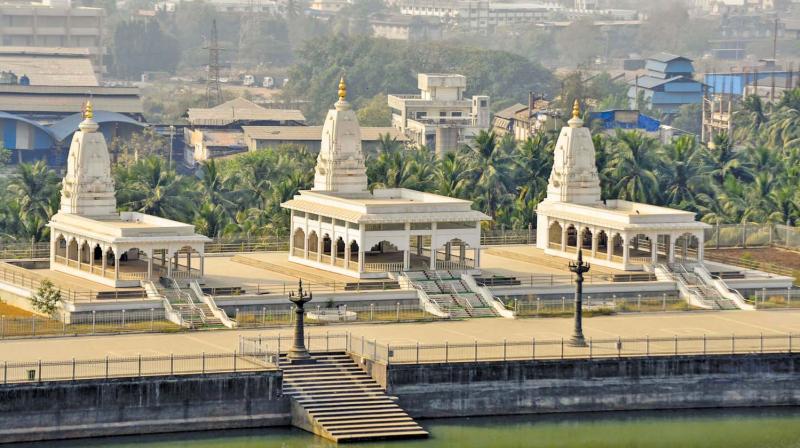 The high court and the apex court had issued directions to demolish these temples at least three times.

Mumbai: The Bombay high court on Monday dismissed a petition filed by a trust seeking to protect three temples that were built by Nationalist Congress Party (NCP) leader Ganesh Naik’s kin from demolition until the Maharashtra Industrial Development Corporation (MIDC) and the state government frame a policy under the amended section 52A of the MRTP Act.

The court observed that the high court and the apex court had issued directions to demolish these temples at least three times, and this petition is an attempt by devotees to stall the razing. Taking into consideration these circumstances, the court refused to entertain the petition and dismissed it.

The division bench of Justice Ranjit More and Justice Revati Mohite-Dere was hearing a petition filed by Shirish L. Veta and others seeking direction for the state government, MIDC and City and Industrial Development Corporation (Cidco) to consider the proposal of regularisation of temples of Lord Shiva Temple, Lord Ganesha Temple and Lord Bhavani Mata Temple situated at the trans Thane creed area in Navi Mumbai. The petitioners had also requested the court to restrain the respondents from demolishing these temples until they decide the proposal to regularise them.

The bench, however, obser-ved that there is no dispute that these three temples had been constructed by encroa-ching upon the land of MIDC without taking any permission under the MRTP Act.

The judges noted that the high court, in 2013, for the first time had issued direction for the demolition of these temples while hearing a public interest litigation and had directed the Navi Mumbai Municipal Corpo-ration and the MIDC to remove the encroachment upon Cidco and MIDC land and to demolish these temples. Later, that order was challenged in the apex court, which got dismissed and then another petition was filed in the high court and apex court, but all got dismissed in 2017.

In October, the HC had granted time to the trust to remove the idols from the temples so that they could be demolished, but a plea was once again filed in the high court requesting the court to give protection to these temples from demolition until the MIDC and the state frame a policy on regularising religious structures.

The petitioner said that till that time, the temples would be in the MIDC’s possession. However, the bench held that the temples were constructed on encroached land without a single permission.