A total of Rs 1.07 lakh cash has been seized along with several packs of cards. 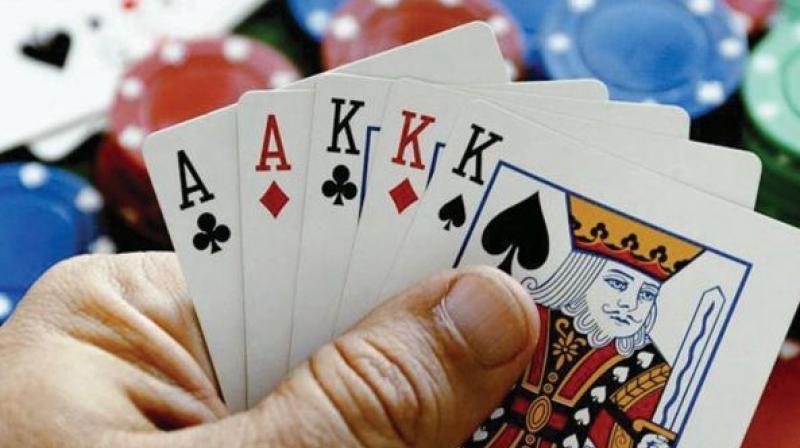 Mumbai: Special teams of Mumbai police carried out multiple raids on gambling dens in the suburbs and registered cases against 30 persons for playing a card-based gambling game called ‘knockout’ illegally. The raids were conducted at three different places from where seizures of cash to the tune of Rs 1.07 lakh have been made.

The Chunabhatti, Shiv-aji Nagar and Govandi police stations carried out the raids after complaints about gambling dens mushrooming in the eastern suburbs.

The Chunabhatti polic-e raided the residence of one Santosh Jadhav (38), in Vasant Niwara building and found 12 persons playing knockout there. Cash of Rs 68,310 was seized from the spot.

The Shivaji Nagar poli-ce also conducted raid at U-Line area and apprehended Ashok Naik (44), who was operating the gambling den with the help of a jockey. The police found six customers along with Rs 27,260 from them.

In the third case, the Govandi police raided Varadwadi in Chembur and apprehended Dhar-mendra Patel (27) who hosted the gambling den where five customers were found playing kno-ckout. The police seized Rs 11,480 from the spot.

A total of Rs 1.07 lakh cash has been seized along with several packs of cards.