The bench also listed several other incidents of sexual assault on women. 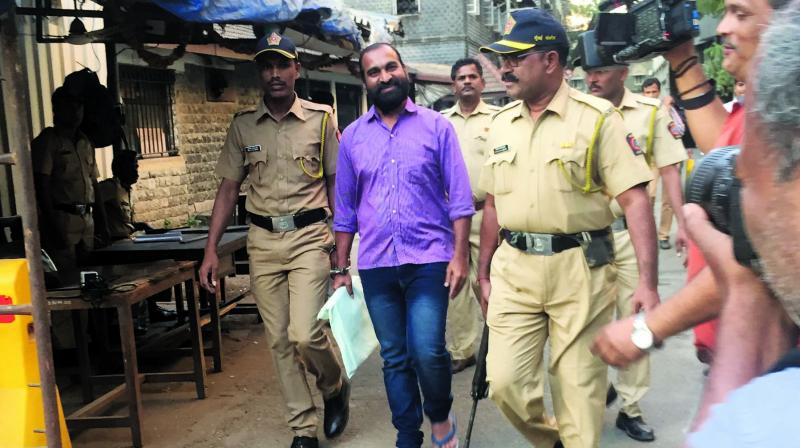 Mumbai: Observing that the convict of 23-year-old Hyderabad techie rape and murder would “surely remain a menace to the society” the Bombay high court on Thursday confirmed death sentence awarded to Chandrabhan Sanap by the trial court in 2015.

The division bench of Justice Ranjit More and Justice Bharati Dangre commenced its judgement in the case by pointing out December 2016 Nirbhaya rape and murder in the National capital that shook the conscience of nation and also resulted in formation of a three member committee and on recommendations of this committee the law dealing with the offences against women was amended.

The bench also listed several other incidents of sexual assault on women, including Mumbai’s 2013 Shakti Mills gang rape case, while dealing with this case and held that considering the increasing number of crimes against women the capital punishment was appropriate.

“It is time for the judiciary to impose appropriate sentence which is proportionate to the crime committed and even by applying the theory of ‘crime and criminal’, the court is expected to take into consideration the social interest and the consciousness of the society for award of appropriate sentence,” observed the judges while deciding about punishment to be awarded to Sanap.

The bench observed that the series of incidents (crime against women) have resulted in the entire womenfolk in the country posing a question of their safety and security. “The entire womenfolk is heard raising an outcry and find themselves in a panicstricken state of mind and expect the Executive Legislature and the Judiciary to restore their faith in the system.”

The judges further said, “The entire conduct of the accused amounts to decadence and for a small pleasure, a young woman who had just stepped into womanhood has been done to death with extreme vileness.”

The judgment read, “The women in this country may not demand they be worshipped in the modern days scenario but they would surely expect to breathe freely and feel safe and comfortable in and outside their houses.”

“The 23-year-old techie was done to death by the accused for no fault of her own, except for a reason that she is a woman and she fell prey to the sinister design of accused to fulfil his lust. The said attitude of the accused, according to us, deserves a death sentence,” said the judges.