Cops crack down on gang members

He was one of the shooters who now operate his own gang. His last movement was from Karnataka to Delhi in 2011. 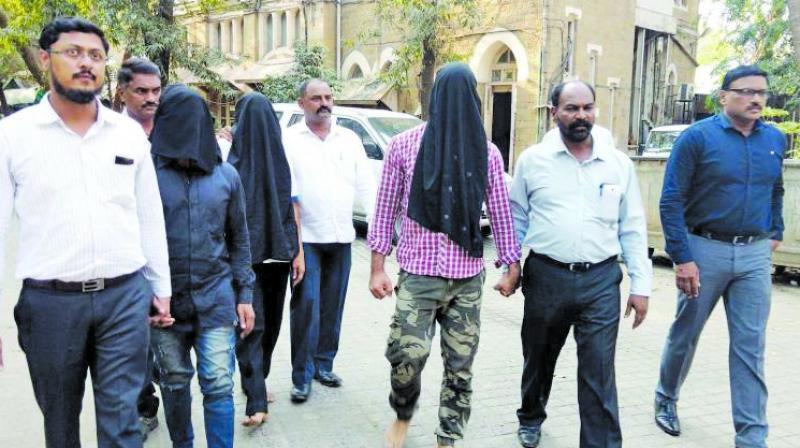 Three were arrested in May 2017 in connection with the case.

Mumbai: The crime branch has launched a crackdown on fugitive gangster Suresh Pujari and his gang members following the May 7 shootout on a restaurant manager in Nalasopara, arresting at least 22 shooters of the notorious gang.

Pujari’s gang activities have been mostly taken place on the outskirts of Mumbai with them conducting shootouts in hotels and restaurants, officials said.

The count of cases against Pujari's gang has reached to 20 and officials said that most of these cases are registered in Thane and Navi Mumbai.

Crime branch officials, who crackdown the organized crime syndicates, stated that the gang has taken a hit in last one year after solving of cases of firing in Bhiwandi and other areas, going beyond their jurisdiction.

The two fringe gangs of Suresh Pujari and Ravi Pujari, both unrelated, carry out most of the underworld activities happening in on the outskirts of Mumbai.

Suresh Pujari's name has been figuring in incidents of targeting small time businessmen on the outskirts of Mumbai, officials said.

He was formerly associated with gangster Chhota Rajan, who was deported from Indonesia, and he first came on the radar of the Mumbai crime branch after his name figured in producer-director Mahesh Bhatt shootout case of 2006, in Juhu.

He was one of the shooters who now operate his own gang. His last movement was from Karnataka to Delhi in 2011.  “Our intelligence revealed that Suresh Pujari had travelled by road to Delhi and later he took a flight from there to Dubai before things heated up,” a police officil said.