Threefold rise in e-challans since inception

The e-challan system, which was introduced in November 2016, brought about a great hike in the number of incidents reported. 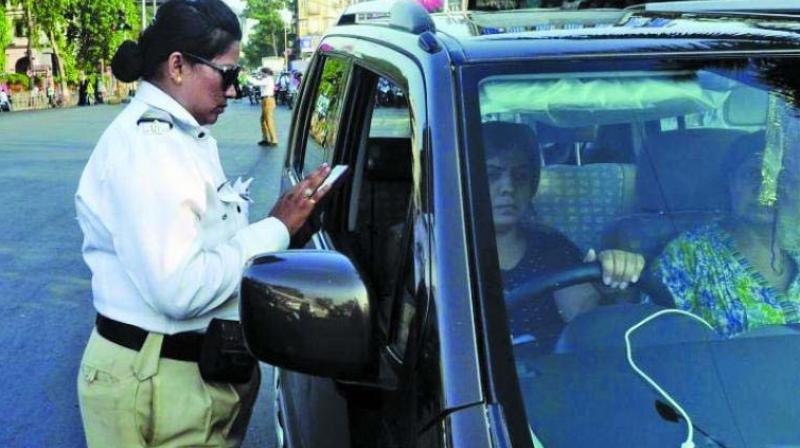 Mumbai: The number of e-challans issued to traffic violators in the city have thriced, in comparison to the figure before the system was introduced. However, the willingness of violators to make payment/online payment has not seen any progress whatsoever. The old-school mentality of violators hold back the number of payments made via the Mumbai Traffic Police (MTP) application at less than 15 per cent.

According to the statistics obtained from Mumbai's traffic department, the number of instances of traffic violations reported in the year 2016 was close to 30 lakh, while that reported in the corresponding period in 2017 was 92 lakh.

The e-challan system, which was introduced in November 2016, brought about a great hike in the number of incidents reported.

However, a source in the traffic police said on the condition of anonymity, “The traffic violators hold back while making payment via the MTP application available for download, and choose to pay in cash only when a traffic cop pulls them up on the street.”

Amitesh Kumar, joint commissioner of police (traffic) said, "As the department tried to give the violators the liberty to retain their documents and only cough up a fine, they apparently took advantage of the facility. But looking at the low recovery rate, the department has decided to impound the documents and return once the fine is paid.”