The existing cumulative water stock left in all these lakes is only 5.15 million litres currently. 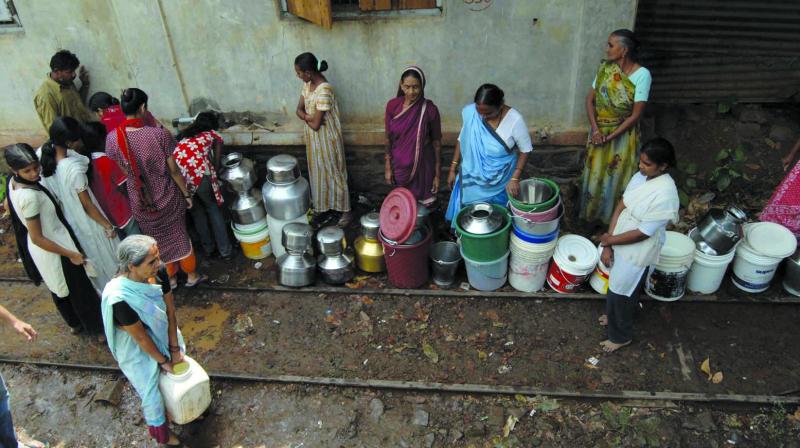 The situation of water stock in seven lakes of Mumbai appears grim as only 22 per cent of the stock was left till April 20.

Mumbai: While Mumbai is struggling with dipping water stock in reservoirs, the Brihanmumbai Municipal Corporation (BMC) is likely to impose additional water cuts in May. Officials believe that the current water stock could ensure adequate water supply till June, but they said that precautionary measures have to be taken to deal with the water woes before the monsoon.

An official from the hydraulic department of the Brihanmumbai Municipal Corporation stated that a five per cent water cut at least is likely to be implemented after April.

“The water stock at present is enough to last till the end of June. However, we have to be prepared in case the first month of the monsoon does not have adequate rainfall. The citizens do not need to panic as there will not be water cuts for longer hours,” said the official.

The situation of water stock in seven lakes of Mumbai appears grim as only 22 per cent of the stock was left till April 20, which is the lowest in the last three years.  Meanwhile, reservoirs like Vihar Lake and Upper Vaitarna only have 16 and 13 per cent of water stock left respectively. The BMC had already imposed a 10 per cent water cut since November last year owing to the depleting water stock in the lakes.

The civic body also stated that if it rains properly in June, Mumbai would soon get rid of water cuts thereafter.

“We have been monitoring the situation closely. Pipeline leakages and water theft are making it more difficult. In certain areas, water cuts have been more than 10 per cent occasionally. However, if the monsoon goes well, water cuts will be lifted,” the official added.

The existing cumulative water stock left in all these lakes is only 5.15 million litres currently.