Radha was brought to SGNP from Radhanagari wildlife sanctuary in Kolhapur in 2004. 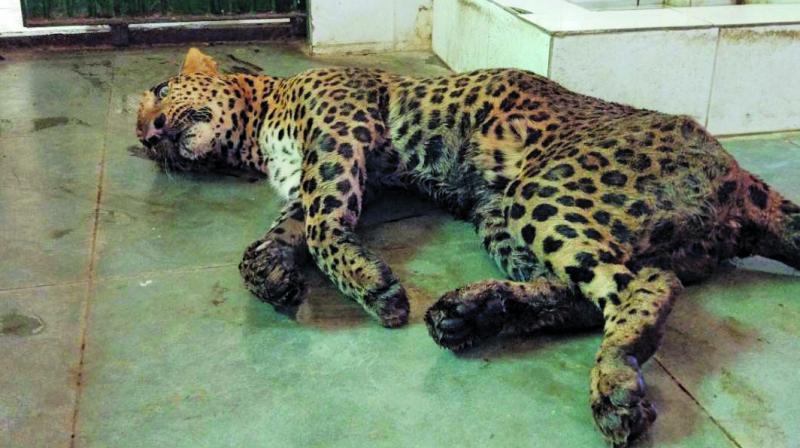 The park is now left with around 13 leopards — seven male and six female.

Mumbai: Radha, a 17-year-old leopardess succumbed to old age-related complications around 11.30 pm on Saturday at Sanjay Gandhi National Park (SGNP). She had been receiving treatment for the past three weeks and was unable to walk for the past 15 days. The park, which has been trying to make its wild cats more visible with its leopard safari, is now left with around 13 leopards — seven male and six female.

Radha was brought to SGNP from Radhanagari wildlife sanctuary in Kolhapur in 2004. According to the park veterinarian, Shailesh Pethe, when the animal was brought to SGNP it was said that she was an adult, but her age was not mentioned in her documents. “Going by her appearance, she looked approximately three to four years old and hence her age is expected to be a minimum of 17 years at the time of death.”

According to park officials Radha had been displaying a lack of coordination while walking, which was mostly due to her advanced years. Stating that the leopardess was unable to walk for the past 15 days, Dr Pethe said, “She was suffering from complete hind-limb paresis.”

Pathologists from Bombay Veterinary College were informed about the incident and the post-mortem of the animal was conducted at 4 pm on Sunday. According to SGNP officials, the exact findings of the post-mortem would be shared with them by Monday, but the reports would be out only by Tuesday. Dr Pethe said that the primary reason for Radha’s death is her old age. Experts and veterinarians say that a normal lifespan of a leopard ranges from 12 to 14 years.