Several private coaching institutes too said that overall, the exam was averagely difficult this year. 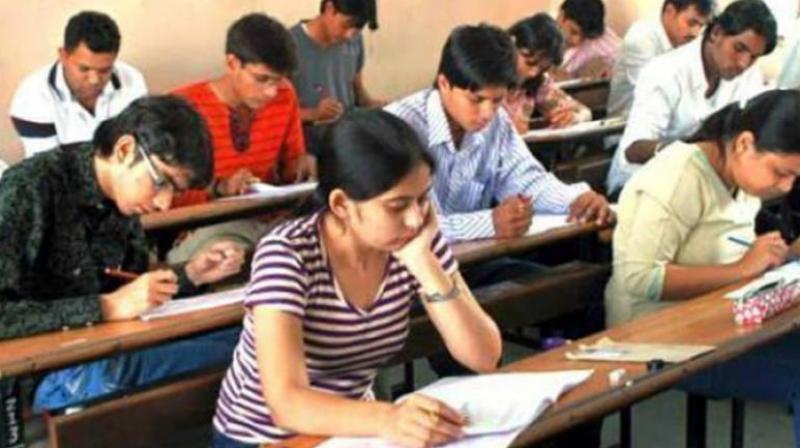 Several aspirants, who appeared for the exam at various centres in Mumbai, termed the examination paper as “moderate aptitude”. (Representational Image)

Mumbai: More than 1.7 lakh students across the country on Sunday gave the joint entrance examination (JEE) advanced exam for obtaining a seat in top engineering colleges, including the 23 Indian Institutes of Technology (IITs). Of the total number of students appearing for exams, only 11,000 lucky ones will get seats across the 23 IITs in India. Several aspirants, who appeared for the exam at various centres in Mumbai, termed the examination paper as “moderate aptitude”.

Neeraj Nair, who appeared for the first time for the JEE advanced exam in Mumbai said, “Overall, the mathematics and physics papers were not an issue but for me, I found the chemistry paper a bit tough, also considering that chemistry is one subject where I am a bit weak. Overall however, the papers were average and I felt more confident than after appearing for the JEE main exam. I want to pursue computer science and am expecting to get admission in the top five IITs of the country.”

Animesh Vora, another student who appeared for the JEE advanced exam, said, “This was my first attempt at JEE.

There were questions that were difficult to crack. I won't mind reappearing in case I don’t get the course and IIT of my choice.”

Yet another student, Shivam Bansal, who appeared for the JEE advanced exam in Mumbai, said, “The questions for the test were as per my expectations and I am happy with the questions asked overall. I want to pursue engineering in electronics and it will depend on my rank in which IIT I get admission. I am hopeful though that I will get it at least in the top ten ones.”

Several private coaching institutes too said that overall, the exam was averagely difficult this year. FIITJEE, a private coaching institute in a statement said, “Overall, the level of the papers was moderate but not easy. Chemistry was reportedly tougher than maths and physics.” The average number of students who appeared from Maharashtra for the JEE advanced exam is 17,000.