The GRP officials scanned Kurla, Shahunagar, Mahim and other areas and got leads that she was seen with Kale. 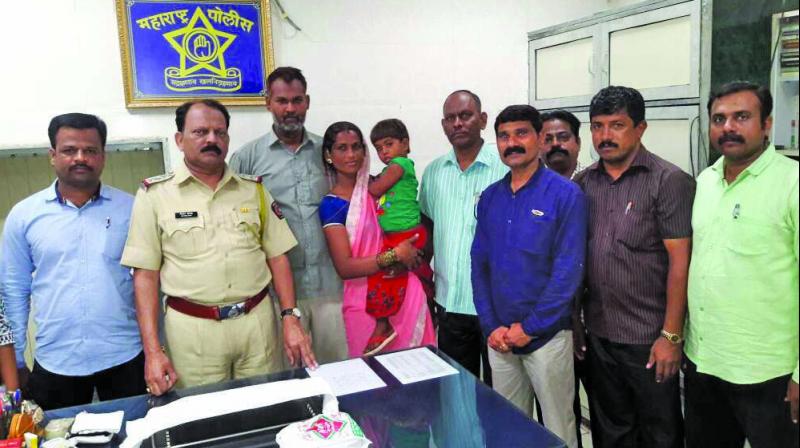 The girl, Paplu Mohite, reunited with her family.

Mumbai: The government railway police (GRP) rescued a 4-year-old girl from Barshi in Solapur, 10 days after she went missing from Dadar railway station and ended up walking to Matunga.

The girl, Paplu Mohite, came to Dadar with her mother on May 8 and the kid walked out of the station when her mother went to get a bottle of water.

“The girl walked to Matunga and later was spotted by women sweepers who handed her to a labourer Laxman Kale, as they were working. Kale should have handed her to the police, however, he took her to his native place,” said Nitin Bobade, senior inspector of Dadar GRP.

The GRP officials scanned Kurla, Shahunagar, Mahim and other areas and got leads that she was seen with Kale. Kale was tracked down to Barshi and Paplu was found there. Kale said he wanted to raise the girl, however, she was a minor and hence a kidnapping case was registered against him. He was released on bail later.