Metros   Mumbai  22 May 2018  Sports should be included in syllabus: Sachin
Metros, Mumbai

Sports should be included in syllabus: Sachin

SPPU has begun this initiative to inculcate habit of playing sports among students. 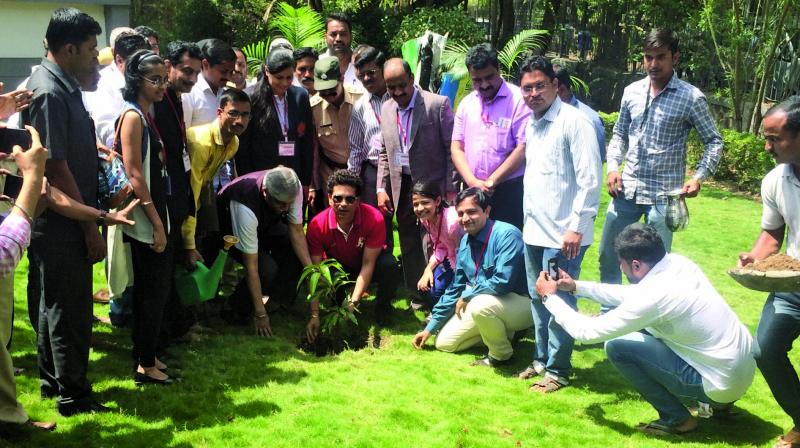 Many schools or institutions lack enough space to be used as sport grounds.

Pune: Cricket icon Sachin Tendulkar was invited at a programme to promote ‘Mission Young and Fit India’, an initiative by the Savitribai Phule Pune University (SPPU) on Monday. Mr Tendulkar said that sports should be included in the syllabus of schools and grades should be given for it, pointing out the major role it plays in the upbringing of kids while inculcating values like selflessness and team spirit.  “Parents and also teachers often dissuade kids from sports as it does not give grades,” Mr Tendulkar said

SPPU that has made sports as a compulsory subject for junior college and first year of degree college has begun this initiative to inculcate habit of playing sports among students and hence Mr Tendulkar was invited to guide sports teachers and principals of colleges and institutions affiliated to SPPU.

Mr Tendulkar said kids and even parents should play sports as it inculcates many values among individuals. Stressing that he was talking as a sportsman and not cricketer, he said, “Sports channelise energy in kids that is in abandon in childhood. It teaches you to put interest of the team above yours thus inculcating selflessness and also bonding. I learnt many lessons through my game like there are no short cuts to success. Not every day you play good but the game taught me to get back on my feet and play in best possible way. In this way you start facing challenges.”

He also pointed out that many schools or institutions lack enough space to be used as sport grounds. He said, “Schools that have grounds, don’t use it all the time. Whenever they are not using grounds they should avail them to other schools or sports club who are in need.”

Retired sportsmen should be given role of sports teachers, “Many sports men who have played on district or state or national or international level have taken various jobs. They generally don’t enjoy their jobs as their interest remains in sports. Schools and colleges should give them job of sport teachers or mentors. That will work in both ways. Sportsmen will be enjoy the work they do.