6.5 lakh traders to register for GST

Maharashtra to receive Rs 15,000 crore as compensation for abolishing taxes. 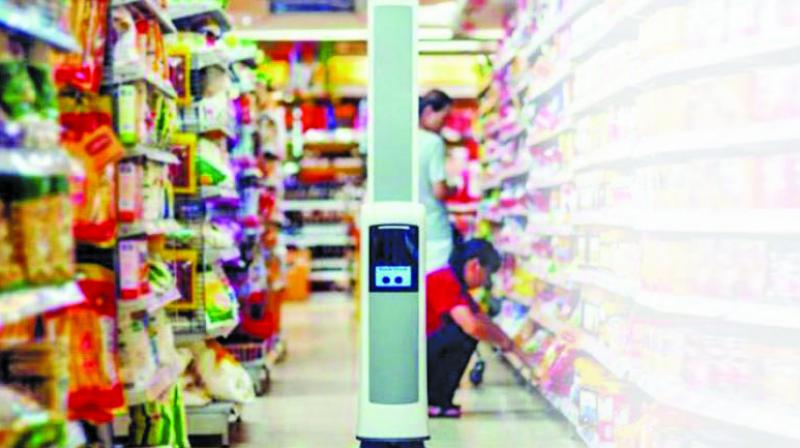 Mumbai: The Maharashtra government is all set to roll out the Goods and Services Tax (GST) in the state from July 1. The registration process will open from June 25 and the state is expecting 6.5 lakh traders and businessmen to register for it. The state would be receiving Rs 15,000 crore as compensation for abolishing other taxes.

“Our officials have received proper training and we expect smooth implementation of the GST. Our officials are ready to help traders and businessmen with any difficulties. We are uploading notifications from the Centre regarding the GST as we are receiving it,” an official from the finance department said.

Those paying sales tax would get registered for the GST. Even though the state is getting compensation from the Centre for abolishing all other taxes, the municipal corporations stand to lose revenue to the tune of around Rs 3200 crore, which it used to get from Local Body Tax (LBT).

The Shiv Sena, which is the ruling party in the BMC, had initially objected to the abolition of octroi, which is one of the major resources of the BMC.

In the financial year of 2016-17, the BMC had earned almost Rs 7,200 crore via octroi, which will be abolished after GST is implemented.

The state government has promised to compensate the BMC with an eight per cent hike every year.  The base amount will be the octroi from the financial year 2016-17.  However, the Centre will not compensate for the LBT, the state official said.

While passing the act in the legislature, finance minister Sudhir Mungantiwar had claimed that GST would not have any negative impact on the state’s employment growth. “Presently our employment generation rate is 4.1 per cent compared to the national average of 3.6 per cent. GST will not only speed up the economy, but it will boost the state growth, as seen all over the world,” he had said.

AHAR appeals for uniform GST of 12%
The Indian Hotels and Restaurant Association (AHAR) has appealed to the state government for uniform level of GST tax for AC, non-AC and permit rooms. A delegation of the association met finance minister Sudhir Mungantiwar, and appealed to him to look into the same. The GST rate for AC restaurants is 18 per cent, while that for non AC restaurants is 12. The association has called for a uniform rate of 12 per cent so as to ensure that the common man is not burdened.

New tax norms
Every business carrying out a taxable supply of goods or services with turnover exceeding the threshold limit of Rs 20 lakh will be required to register.
GST registration would allow for seamless input tax credit.
The CBEC has also notified www.gst.gov.in as the common Goods and Services Tax Electronic Portal. Around 65 lakh out of the 80 lakh taxpayers have already migrated from various platforms to GST.
All of these businesses will be assigned a unique Goods and Services Tax Identification Number.
Input service distributor, e-commerce operator and person supplying online information and data base access or retrieval service are also required to register.
The provision exempts agriculturist from registration to "the extent of supply of produce out of cultivation of land".