The GST will replace the octroi system, which is the biggest source of revenue for the BMC. 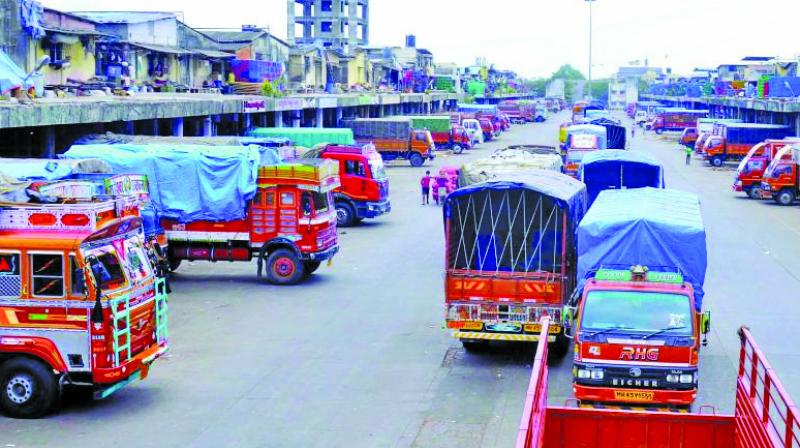 The GST will replace the octroi system, which is the biggest source of revenue for the BMC.

Mumbai: After the abolition of octroi system, the Brihanmumbai Municipal Corporation (BMC) is likely to get a reimbursement of Rs 480 crore every month from the Goods and Services Tax (GST), which will be rolled out by July 1.

According to GST bill passed in the State Legislature, the State Government has quantified the reimbursement amount to be paid to BMC in lieu of octroi. It will be nearly Rs 480 crore, said a senior civic official.

The GST will replace the octroi system, which is the biggest source of revenue for the BMC. With collections over Rs 7000 crore, the octroi contributes 36 per cent to the civic body’s annual income. However, it will be replaced by the GST, which will replace all indirect taxes levied on goods and services by the Central and State governments.

The Centre has decided to dispense GST  share to civic bodies according to the  octroi  collections. In the year 2016-17, against the target of Rs 6,850 crore, the civic body collected revenues of Rs 7300 crore from the octroi. The added revenue of octroi is likely to bring in more GST funds, said civic officials.

This year, the BMC has estimated the gross income from octroi at Rs 1,500 crore for first three months and that from GST at Rs 5,883.75 crore for the remaining nine months.

The state government has assured the civic officials that annual reimbursement to the BMC will increase by at least eight per cent.