The state legal metrology department to be trained in cyber technology. 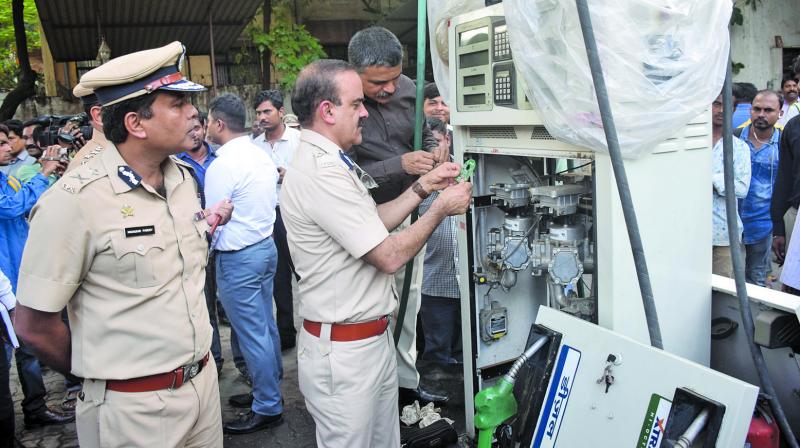 The Thane police has sealed six petrol pumps that were using such chips in Thane and Dombivali areas. (Photo: Deepak Kurkunde)

Mumbai: The state legal metrology department will soon get its inspection team members trained in cyber technology. This comes as a response to the petrol pump scam that was recently unearthed by the Thane police. The team will be trained on how to deal with new cheating methods like using chips to rig the dispensing units to charge more for less fuel, as was used in the recent scam.

The Thane police along with weight and measure department officials are collectively taking action against these petrol pumps and on Tuesday, Thane police sealed six petrol pumps, arresting two owners and an official from the Badlapur, Padgha and Dombivali areas. According to sources, the responsibility of making sure that the retailers dispense the right quality and quantity of products lie with the state government’s weight and measures department. So far the police hasn’t found any involvement of the department in the scam.

Amitabh Gupta, additional DG and controller of legal metrology said, “Our officials conduct inspection of all petrol pumps in the state once a year. But since they were unaware of the technology, they couldn’t spot the crime earlier. We have now decided to educate them in the new cyber technology so that they can spot similar mischief in future. Also, we will increase the inspection parameters.”