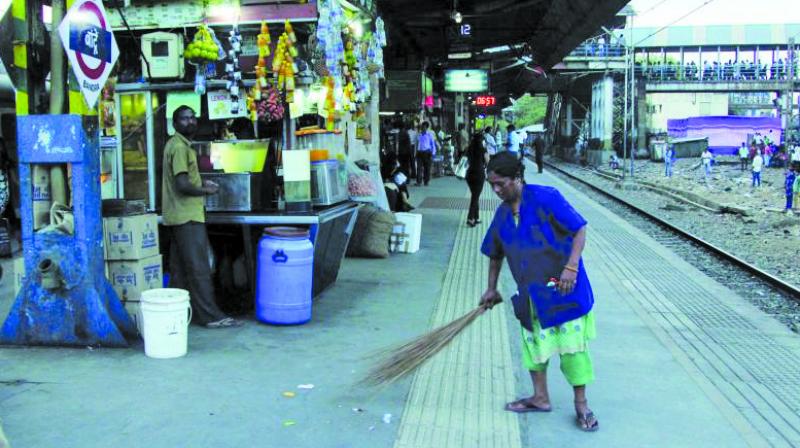 Suresh Prabhu has directed officials to go all out and ensure complete participation of builders in redevelopment of suburban railway stations.

Mumbai: Union minister of railways Suresh Prabhu has directed railway officials to go all out to contact builders to ensure their participation in the proposed scheme to redevelop six suburban railway stations in view of the fact that the tender floated by the ministry had failed to attract much interest thus far. To this effect, Prabhu on Wednesday held a series of meetings with central and western railway authorities and Mumbai Rail Vikas Corporation (MRVC).

The minister met interested parties and cleared their doubts to make sure that history did not repeat itself as when previous tenders got only one bid, leading officials to reissue tenders. A railway official said, “The western railway will be opening its tender on August 8 while the central railway will be opening its tender on August 11. The minister has basically asked us to woo builders and make sure that all these stations see interest from big builders. After the rebidding process, this time, we have created awareness among more number of people. In fact, we have seen some interest from a Malaysian firm as well.”

The six railway stations in question are: Mumbai Central, Kurla (Lokmanya Tilak Terminus), CST, Thane, Bandra and Andheri. These stations see both local and long-distance traffic and have been classified on the basis of revenue i.e. each of them does over Rs 50 crore business every month. The railway said that it will be bringing in private partners that will use the property for commercial purposes and in turn, improve passenger amenities.

Perks of redevelopment
1. Making the station not just a transit point for commuters but also a centre of business and trade.
2. Bringing in shops, commercial establishments and big retail brands on station premises.
3. This would include elevated decks, high-end waiting rooms, elevators and bridges in the contract; the company in turn using more land around station and building commercial hub.