In the last four months, the state has organised 82 medical camps with the help of private and public hospitals. 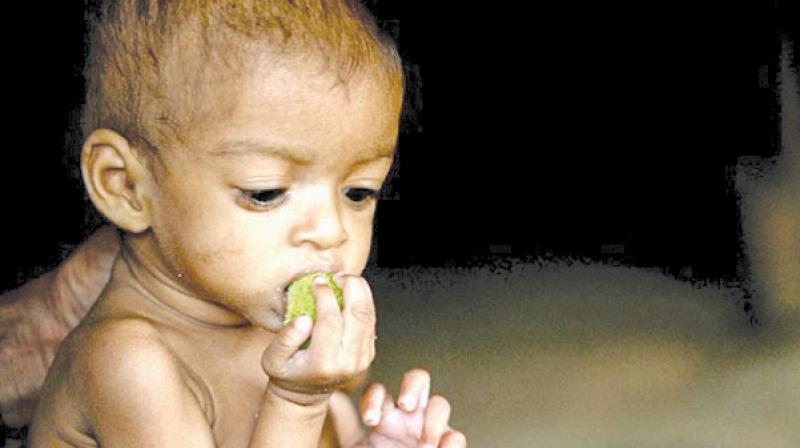 Mumbai: The state government has slashed by 31 per cent budgetary allocations to flagship nutrition schemes run under Integrated Child Development Services (ICDS) in 2017-18 as compared to 2016-17, according to National Centre for Advocacy Studies (NCAS). While the revised budget for ICDS during 2016-17 was Rs 2,947 crore, the budget allocated for ICDS in 2017-18 is only Rs 2,033 crore, according to NCAS.

Amit Narkar from NCAS told The Asian Age, “The state government spends hardly 0.07per cent of gross state domestic product (GSDP) on food security. This is gross neglect of food security despite the fact that massive malnutrition cases have been reported in Maharashtra.”

“We have demanded that the government’s action taken report on this be made available in the public domain, there be a concrete plan for tackling malnourishment issues and policies be implemented towards the same,” he said.

Deaths due to malnutrition in the state indicate that the government has not been sensitive enough to cater to basic human rights of citizens such as right to food. In the last four months, the state has organised 82 medical camps with the help of private and public  hospitals during which, 6,481 children have been checked. Of these, 2,945 children have been diagnosed with moderate malnutrition and 1,493 with severe
malnutrition.